A tribute to Grunwick strike leader Jayaben Desai written by Jack Dromey. Here is a link to our 2003 feature about the indomitable Mrs Desai, Famous People from Willesden #3.
Posted by wire: 11:44 am No comments:

Email ThisBlogThis!Share to TwitterShare to FacebookShare to Pinterest
Labels: obituary

The $10,000 prize is New Zealand's longest standing most prestigious prize for the short story. Past winners of the award include NZ literary greats such as Keri Hulme, C.K. Stead, Frank Sargeson, Vincent O'Sullivan.

Lloyd Jones had this to say about Wes Lee's prizewinning story 'Furniture': "This is a very accomplished story that hides its sophistication beneath language that proceeds effortlessly ... Sophisticated in its construction, persuasive in its telling, this story is in a class of its own."

Since her shortlisted story 'The Dead Don't Do That Kind of Thing' was published in Willesden Herald New Short Stories 1 (2007) Wes Lee has won a number of prizes for her short stories. For more information and to read the Katherine Mansfield Award winning story please visit www.weslee.co.nz.
Posted by wire: 10:54 am No comments:


All Over The World - Françoise Hardy

Happy Christmas to mothers everywhere, and to everyone.
Posted by wire: 9:31 pm No comments:

This is so good it could be re-released or featured in the soundtrack for a "rom com" film, surely? Maybe it's been done.

When push comes to shove

The police compressing the students between two lines and you can hear people saying "There is nowhere to go", "There is no space" and "You're going to kill someone". It looks like the police are trying to crush the students to death. This is what it has come to. "When push comes to shove" the ruthless and degenerate ruling class reasserts its ancient powers.
Posted by wire: 3:04 pm No comments: 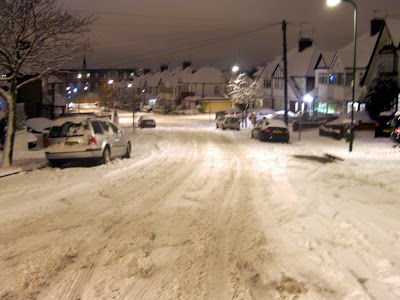 The hill at Peter Avenue NW10 should be considered impassable for practical purposes. If you drive up there is a chance you will get stuck halfway and start to slide out of control.
Posted by wire: 6:33 pm No comments:

385 entries were received and each one is a contender for a place in the short list come new year. Thanks to all who entered for entrusting to us your stories, it is an adventure and a joy to start reading them. There is no set date for the results. There will be an announcement online most likely in February and the short-listed authors will be contacted by email at that time.

Cool jazz for a cold day

This is the last day to enter the short story competition. The number of entries has just passed 350 so it should be a good year. I am way behind with the reading and looking forward to catching up over the Christmas break. There is still all to play for as I have nowhere near a short list yet. (SM)
Posted by wire: 10:11 am No comments:

Brings the reality of war home better than any documentary, I think. Maybe BBC should make iPlayer viewable overseas, it would only be to the good and not a waste of the licence fee but rather an added merit.
Posted by wire: 4:20 pm No comments: 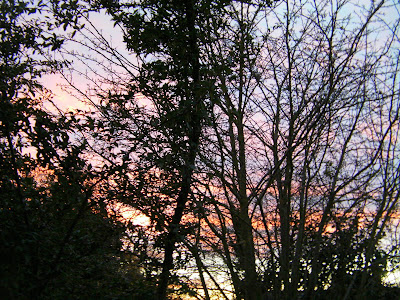 Most of the pictures from Herald House on here are to the west and north. This is the other view looking as southerly as possible from this vantage point, which is only as far as about southwest. The picture is of a lovely striated red sky from last Thursday evening.
Posted by wire: 3:24 am No comments:

Whose streets, whose images and why?

Interesting reflections on the selective use of images by the media to support accretion of more power to the establishment and its removal from the general public. Brrnrrd contrasts the "rogues galleries" of protesters and miscreants with the paucity or removal of images of police and police crimes.
Posted by wire: 11:07 pm No comments:

To date over 200 entries have been received and hopes are high for another set of oustanding stories this year but I am still asking for more better stories, please. They are currently arriving at a rate of about 8 or 10 per day and I am behind with the reading. Looking forward to lots of fascinating stories over the next few weeks. The closing date is 17 December, 2010. Meanwhile previous finalists continue to conquer the literary world, so there's encouragement for you. Thanks. (SM)

'The Coward's Tale' by Vanessa Gebbie, previous winner of the Willesden short story prize, will be published in hardback in UK by Bloomsbury UK, November 2011. Then in paperback late spring 2012, UK and simultaneous trade paperback in USA by Bloomsbury USA. Bloomsbury publishes major writers including J K Rowling. 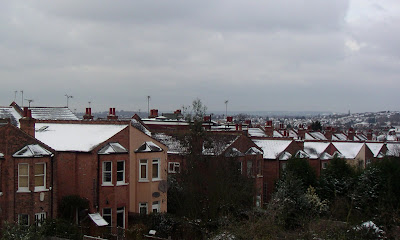 Looking north about 3 pm on Thursday
Posted by wire: 3:15 pm No comments:

"Located within a conservation area in Willesden, this new mixed-use development will provide a 5-storey building accommodating 44 apartments, a retail unit, and will importantly retain and 'celebrate' the 1762 'Spotted Dog' public house."

There is a picture of how the result will look. Thanks to anonymous commenter for the link.
Posted by wire: 5:18 pm 4 comments: