Boris Johnson is trying to bypass parliament and pursue his "gun to own head" national suicide policy over Brexit. Don't let the monkey play with that gun.

Update 30 August 2019: So far we have selected and confirmed three out of 88. The closing date is 30 September but as we’re “optioning” as we go, it’s advisable not to delay sending your submissions. The contributors already span oceans both geographically and in theme and styles. There is no reading fee. Each writer receives two copies of the book when it’s published.

Short Story of the Month, September 2019

The Willesden Herald New Short Stories Story of the Month

"It is still dark when you finally arrive. A few streetlights set about the expanse of the cliff-top car park are dead, their bulbs ghostly and pale as blind eyes. All the parking bays are empty. The dim glow of the dashboard clock displays just after four, but like the speedometer, like the fuel gauge, like everything about the Astra, the hands are old and tired and worn and not to be trusted. It’s a miracle the car got this far." 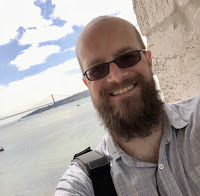 Dan Powell’s prize-winning short fiction has appeared in the pages of Being Dad, The Lonely Voice, Unthology, The London Magazine and Best British Short Stories. His debut collection, Looking Out of Broken Windows, was shortlisted for the Scott Prize and longlisted for the Frank O'Connor International Short Story Award and the Edge Hill Prize. He is currently working on a second story collection and a debut novel, is a First Story writer-in-residence, and a Doctoral Researcher in Creative Writing at University of Leicester. He procrastinates at danpowellfiction.com and on Twitter as @danpowfiction.

How heartbreaking is this? Spiegelhalters in Mile End Rd - the developers preferred to destroy the nineteenth century shopfront for sake of an architectural void. https://t.co/Cq3GIEj3oH pic.twitter.com/FX5i5BOezF

It's easier to tangle than untangle

Seconds and moments don't follow, they permute.
One on the microwave countdown cannot
be understood as two together tangle
with the next and prior but those are only
yours. The dusty vase on that shelf has its own
infinity. The fruit fly on the door, a few more.

Text of phone call from Boris Johnson to Leo Varadkar

Text from a transcript of the first phone conversation between Boris Johnson and Leo Varadkar, as leaked to the Willesden Herald.

Boris Johnson: I want to assure you that we will never put physical checks or infrastructure at the border in Ireland after Brexit, Leo. If I may use a metaphor here, British businessmen - and women - will never wear clothes after Brexit, they will go naked, happen what may. The Irish can wear clothes, if they wish.

Leo Varadkar: Won't you be a bit exposed? No pun intended.

BJ: No, seriously! Do as you will. Cows, sheep, linen, pantechnicons - let them fly back and forth. Ramble where you will, we will not be concerned. You may put some obstacles on your side, if you insist but as for the UK, come one come all, as they say. And come as you are. We're naked, as it were, so anything goes.

LV: Ah now Boris, are you pulling my leg?

BJ: Not at all. By the way, Northern Ireland is in the UK, isn't it? You are aware. I think I'm right about that one. I found out the other day that the Isle of Man isn't. Who knew?!

LV: Ah Boris, you're winding me up.

BJ: Of course. Of course. But they do have marvellous kippers in the old I.O.M., Leo.

BJ: Norman is sadly no longer with us. But look Leo, I'll come to the point.

BJ: Rejoin the UK and you can have the Isle of Man.

BJ: But if you do go through with this EU way of negotiating you're going to have your kippers cut off from Britain, old man.

LV: We're not doing anything, Boris. It's you who are leaving. You will have your olives cut off.

BJ: Right, right. Sounds dreadful! You're right, I completely forgot it's we who are leaving. I must tie a string around my finger. You're kicking us out on October 31.

LV: Not at all, Boris, you're welcome to stay. I know some of the winos in Brussels - no names no pack drill - might have said "Here's your hat" but don't mind them.

BJ: It wasn't me, it was Mrs May. They haven't said anything to me yet. It's almost as if they can't wait to be shot of us. This is a big mistake they've made, kicking the UK out of the EU.