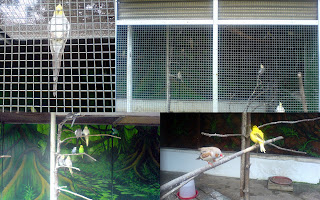 At the aviary in Roundwood Park today
Posted by wire: 10:21 pm No comments:

A large crowd watching the basketball in Roundwood Park today
Posted by wire: 10:14 pm No comments: 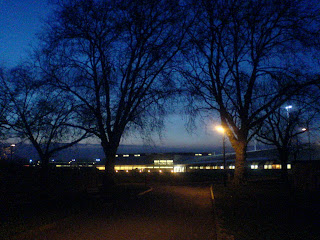 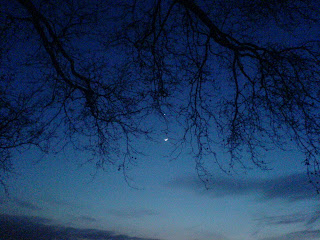 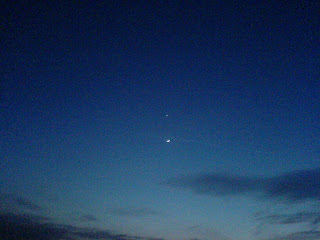 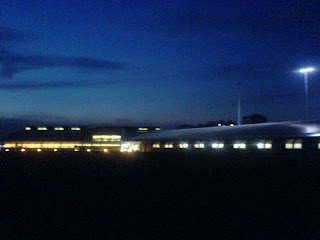 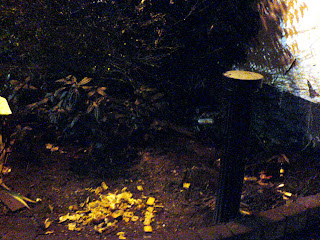 Every day somebody puts bread in this flower bed outside the Library Centre, beside the playground. They probably intend it for pigeons - though there don't seem to be many birds around since that snowy week - but the place is crawling with rats. When my dogs pass by here on their walk every night, they dive in and the rats come scurrying - at least on one occasion out into the street causing shrieks from ladies passing by.

Can I just say as well that the cinema in the Library Centre is in a filthy condition and they haven't even got proper tickets. Yet they have massive promotional displays, suitable for Leicester Square - inside where nobody can see them! Café Gigi is also closed, and it was infested with mice too, a while before it closed. What the hell is going on. We're paying like £1,600 per year (for band E 2008, for example, probably more now) for this crap - Brent Council! The Library Centre should be immaculate, like the Tricycle in Kilburn, instead it's like a tip.

Our Lady of Willesden

Our Lady of Willesden
Originally uploaded by simon_white
"Willesden might seem an unlikely place to find a shrine to Our Lady. In fact, when we think of shrines and pilgrimages, we tend to think of long, often expensive journeys and exotic locations like Fatima, Loreto or Guadalupe. Yet for centuries Our Lady has been honoured at sanc-tuaries much closer to home. Situated in one of London’s most multi-cultural areas, right on the edge of Central London, the shrine of Our Lady of Willesden is a veritable ‘sign of contradiction’ and a powerful witness to the Christian Faith in the Third Millennium." (Link)

Fascinating history and links to St Thomas More and more recent annual pilgrims including the founder of Opus Dei, who only died in 1975 but is already a saint - clearly a mover and shaker. It's marvellous to have these shrines - there is something touching in faith (with a small f), the fearfulness and helplessness of infants who rely utterly and without any reason on whoever and whatever is to hand.

The things we're called on to believe - miracles and dictats from the Pope - are coming to seem as preposterous as the Greek myths, however. It all seems to have been built upon ignorance and superstition. We're losing sight of real miracles in a welter of the obsolete, unregenerate and hidebound. We are separated from the miraculous by the very institutions that claim to aver it. I am thinking about the miracle of life itself, for example.

I think the churches need "to give up their riches", to sweep away pomp and pontification. What happened to the two laws! Even Luther wanted 95 things. Jesus of Nazareth only decreed two, no? I don't know. It's only one opinion. At one time I would have been tortured and executed for not conforming to the prevailing church's dogma in this country. In states controlled by clerics, such as Iran, people still are. 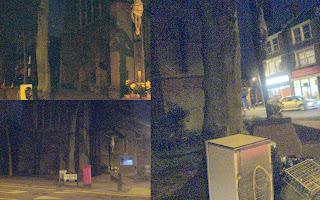 The gobdaws who think this is a great place to dispose of a kitchen appliance are probably the same people who think that hedges and railings are there to take their empty bottles and take-away cartons.

Newsdesk
Posted by wire: 3:55 am No comments:

Just looking out the train window on a snowy day. The train is a pendolino, which is why things look out of kilter as it leans off the vertical. Much as I'd like to claim credit for the music, it was picked at random by clicking "I'm feeling lucky" on YouTube "audio swap". I suppose I can claim an editing credit, having searched for ages and found nothing before resorting to the magical "I feel lucky" button. Turned out nice again.

Say hello to your uncle 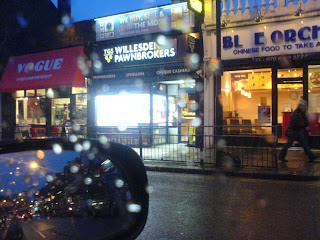 It's an ill wind that blows nobody any good.
Posted by wire: 6:21 pm No comments:

2009 competition results to be announced

Pulp Net presents: Rana Dasgupta (author of Tokyo Cancelled and Solo) who will be announcing the winners of the Willesden Short Story Prize, and mystery readers to be confirmed.

The following have been shortlisted for the Willesden short story competiton 2009:

To find out who has won come back here or join us at the the Pulp Net Short Story Café event with Rana Dasgupta at Costa in Piccadilly on March 9th. (Link)

Listen to the description of the photo, after he discovers the "frugal horn". Q.E.D. (Quod Erat Delirium) Solid gold feathers.
Posted by wire: 11:45 pm No comments:

Children banned from snow-covered parks by health and safety brigade - Telegraph: "Camden Council in North London decided to lock all of its gated parks because the snow has made paths slippery."

Email ThisBlogThis!Share to TwitterShare to FacebookShare to Pinterest
Labels: believe it or not, bizarre, news, Ridley's 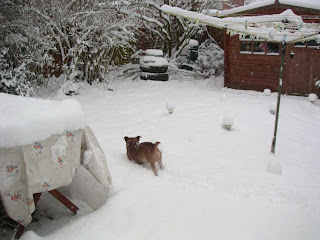 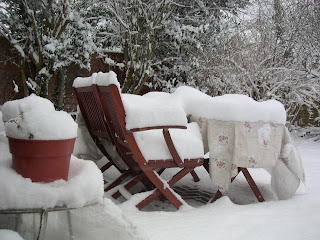 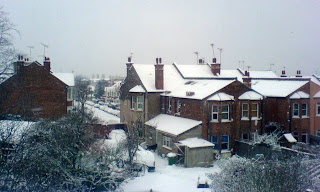 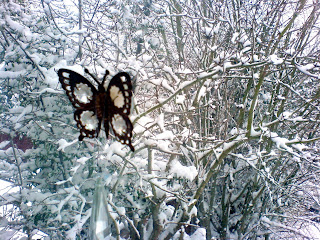 You wouldn't put a dog out in this weather, would you? Our other dog, Minnehaha (a Yorkshire terrier) has long hair which gets matted with frozen snow and needs emergency treatment when she comes in bedecked with snowballs. Zoltan seems much better coated for it. He has two layers, with a repellent, glossy/wiry outer one and a downy undercoat - and prances around quite carefree. The Yorkie only has one layer of long hair, rather like human hair and it gets frozen with snow around her twiggy little legs. One of our neighbours leaves a large German Shepherd out, as you can just see in one of the pictures above, though it has a sort of shed where it can shelter but it still barks and scratches to get into their house. (It got into Herald House a couple of times, but that's another story. It's somewhere in the back pages, a search for Cujo should find it.) Cujo (not his real name) howls pitiably sometimes, particularly when ice cream vans pass by playing their jingles, not that that's likely today.

bookface: the worst of pretend genius

Disaster appeal continues without the BBC

"According to the World Food Programme, the UN's Food and Agriculture Organisation and Palestinian officials, between 35% and 60% of the agriculture industry has been wrecked by the three-week Israeli attack, which followed two years of economic siege." (The Observer, World News)

You can help by donating to the Disasters Emergency Committee appeal at www.dec.org.uk.
Posted by wire: 1:18 am No comments: