June 2020: Imagine that this Page is Empty by Nick Holdstock

“As Richard tends the first patient of the evening – a young woman with black eye make-up and an arm wound – he thinks of the pills, safe in their bottle, doubly safe in his jacket, safer still in his locker. The arm wound is self-inflicted. It is too precise.” 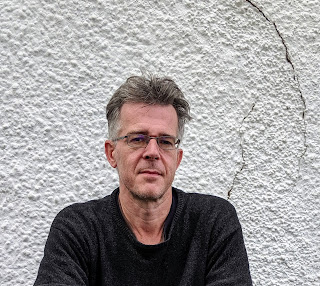 Nick Holdstock is the author of The Casualties, a novel, and several books about China.

“Imagine that this Page is Empty” is from his collection, The False River (Unthank Books, 2019).
Posted by wire: 6:17 pm No comments: 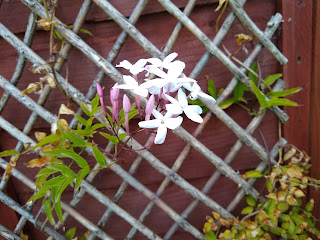 Jasmine in the afternoon

This is what became of the Kingsland Cafe in the KIngsland Rd, as depicted by @eleanor_crow https://t.co/yTcQCQko5R pic.twitter.com/CbnKV18PJW

Perfect lockdown session in a gorgeous empty shop in Ennistimon, County Clare. "Don't be so hard on yourself."
Posted by wire: 1:13 pm No comments:

The Willesden Herald New Short Stories Story of the Month
May 2020: The Time Capsule by John O’Donoghue

“They all fell silent for a moment. I could see them trying to look into the future, to imagine themselves as adults, married maybe, perhaps with families of their own, working away in jobs like Uncle Tommy in the Post Office, or Auntie Lizzie in the nursing before she was married, or gone to England, like my mother and father, or even further afield.”


John O’Donoghue is the author of Letter To Lord Rochester (Waterloo Press, 2004), The Beach Generation (Pighog Press, 2007), Brunch Poems (Waterloo Press, 2009), Sectioned: A Life Interrupted (John Murray, 2009), Fools & Mad (Waterloo Press, 2014), and The King From Over the Water (The Wild Geese Press, 2019). Sec­tioned was awarded Mind Book of the Year in 2010. His journalism, essays, and reviews have been published in The Observer, The Guardian, The Times Educational Supplement, The London Magazine, PN Review, Acumen, and Orbis. He lives in Brighton and teaches Creative Writing at the Brighton Writers’ Centre.

The Time Capsule comes from The King from Over The Water (The Wild Geese Press, 2019).
Posted by wire: 2:31 pm No comments: