2. In Britain homosexuality is (a) illegal, (b) legal, (c) compulsory

3. Traditionally a British virgin carrying a bag of gold may walk unmolested (a) from Land's End to John O'Groats, (b) from the tube station to half way home, (c) into the river Ouse

5. The correct response to "good morning" is (a) good evening, (b) no response is required, (c) ya woh

6. Which of the following would you find at a typical British garden party (a) a whole roast goat, (b) Morris dancers, (c) mortgage protection insurance advice

Email ThisBlogThis!Share to TwitterShare to FacebookShare to Pinterest
Labels: lists

Touching messages and flowers left by fans
Posted by wire: 12:16 pm No comments: 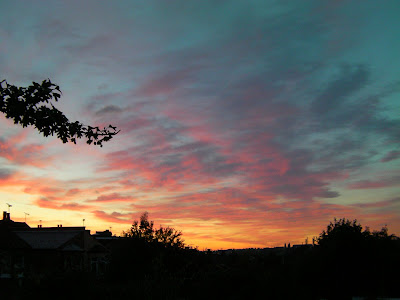 Willesden Green: on the up (1)

Pictures and recommendations
Posted by wire: 5:09 pm No comments: 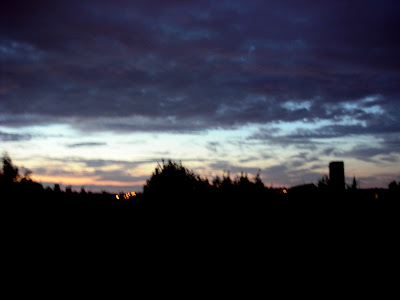 "So turn up the heat with the best fiction from four established writers, plus the winner of our short-story competition and four runners-up"

Email ThisBlogThis!Share to TwitterShare to FacebookShare to Pinterest
Labels: fiction

"Campaigners are seeking a judicial review of the decision by a London council to close half its libraries. [...]"
Posted by wire: 3:03 pm No comments:

Authors, poets and film makers could donate stories, poems and films for a charity to host on pay per view web pages. In order to read the poem or the story or to view the film, a user would either pay per story, poem or film or by adding credit in advance and then using it up one item at a time.

The creative works donated by writers and artists would each have a price to view and a "Total Raised". I suggest that they be beautifully presented, with page continuation buttons as required to complete reading and perhaps also a "Print" button, for someone to get a copy of a poem to read at leisure.

The beauty of it is that the donor gets something in return for his or her money, it costs little or nothing for the charity to host and authors can see how much their contribution has clocked up in charity donations. Authors would be giving in that way, not selling, and so their contributions would be immense and they could rightly take pride in them.

This idea is intended for the highest level of charities and I hope for those alleviating hunger, particularly at the time of writing when famine has been declared in Somalia. The entire proceeds of the donation should go to the charity, as far as that is possible. This is not an idea for YouTube to give 10%, it's an idea for, say, Save The Children to get 100%.

Additionally this should not be patented or copyrighted in any way that would restrict other charitable causes from implementing the same idea. There is no reason why there couldn't be such "pay per view" items and accounts on many different charitable websites.

"Listening to Katherine Mansfield's The Garden Party, expertly delivered by Romola Garai, was a transportive moment on a grinding seven-hour drive last Sunday. So please, BBC, think again before you wield the knife – and please, the rest of you, get signing that petition*." (Sarah Crown) 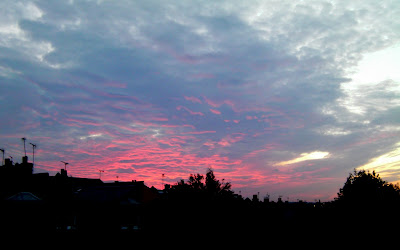 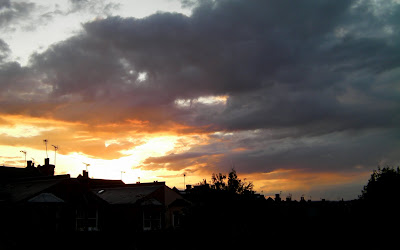 View across the car park at Queens Park 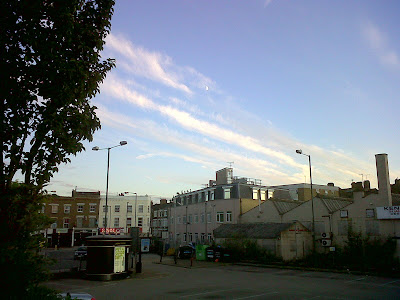 From: Save Kensal Rise Library! 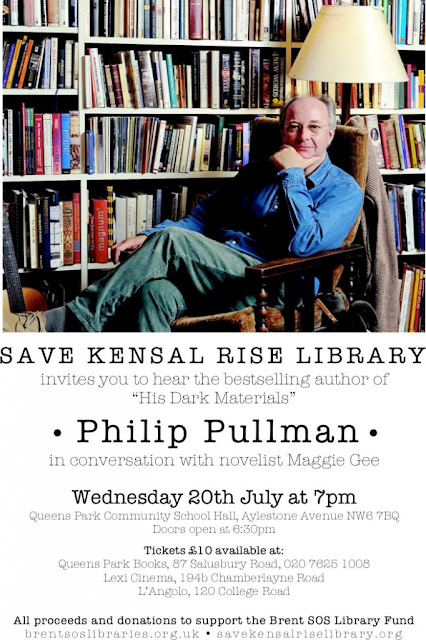 Queens Park Community School hall.
Tickets available from:
Word has it that Philip Pullman will read from his latest book "The Good Man Jesus and the Scoundrel Christ" and then be in conversation with novelist Maggie Gee and take questions.
Posted by wire: 12:45 pm No comments:

Brent SOS - Save Our Six libraries

The Judicial Review into the closure of Brent libraries will take place on 19 & 20 July – just 2 weeks away - so support for ALL the Brent SOS fund-raising activities is very urgent. Further details here. 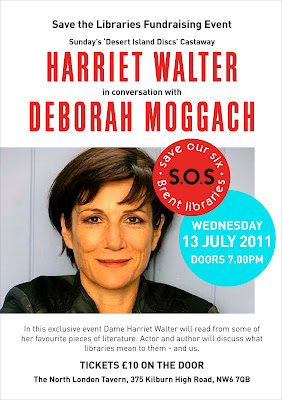 The judicial review does not come cheap. Barristers' fees have to be paid. The case will be made against Brent's summary closure of six libraries contrary to the express wishes of its citizens. Let there be a late English Spring, resist the wreckers. Don't let the generosity of previous generations be undone by the meanness of the present.

The Labour council  has voted to close six of Brent's libraries, including Kensal Rise library, which was in part covenanted by donors on condition that it remained in perpetuity as a resource for the local people, and was opened by Mark Twain. The great man would turn in his grave to think that things had degenerated so far in London since his visit that the library he opened and five others simultaneously have to be killed on the order of a bunch of jumped up petty local wheelers and dealers.

Remember Brent Council also has a plan in train to demolish the focal Willesden Library Centre, which they have been systematically running down, and turn it into a building site till 2014 for flats and council offices, with a remnant of a library proposed. They have spent over £600,000 including specific grants obtained since 2006 on refurbishing the library centre and moving the Brent Museum from its previous home. With typical profligacy and who knows what cosy contracts (any kickbacks, do you think?) they now intend to demolish the place. With the six local library closures and Willesden library centre demolished, there will be no libraries for miles around.
Posted by wire: 10:17 pm No comments: 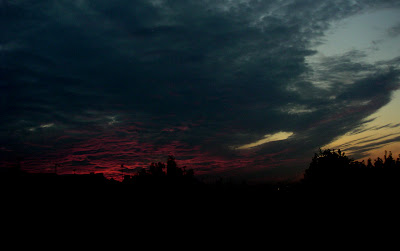 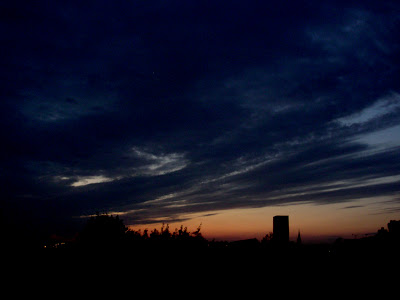 The Tree That Bleeds: A Uighur Town on the Edge

Read an excerpt at The China Beat

June 18: "Nick Holdstock [...] has a new book coming out later this week from Luath Press. In The Tree That Bleeds: A Uighur Town on the Edge, Holdstock recounts the story of his year teaching English in Yining, a border town that in 1997 saw an outbreak of violence, and his efforts to discover the truth about what happened there." (The China Beat)
You know what we're going to say. Yes, Nick Holdstock also writes marvellous fiction, including the much appreciated "Amy" in New Short Stories 3.
Posted by wire: 8:47 pm No comments: