Sunday, end of May 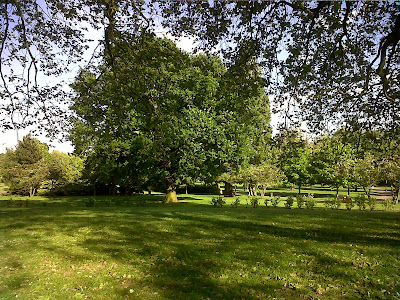 Roundwood Park
Posted by wire: 1:46 am No comments: 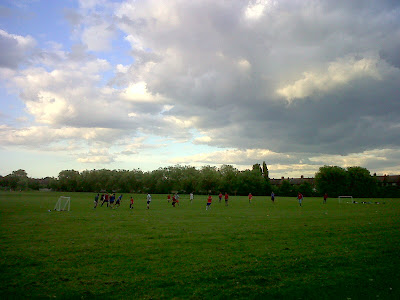 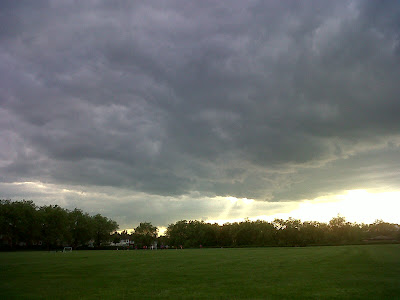 King Edward VII park
Posted by wire: 1:39 am No comments:

We are pleased and honoured to announce that local literary heroine Maggie Gee has agreed to choose the winning entry in the next short story competition. Somebody at the Herald must have done something good in a previous life has to be the only possible explanation.

Scroll down the right to see a link to The Blue (Amazon Associates link), if you would like to find out the judge's kind of short story. The submission window (a sort of hatch with a winch at first floor level on Herald House), will open in September.

Use concrete slabs to staunch Gulf of Mexico oil leak?

The idea is to keep adding concrete slabs till the flow is staunched on the same principle as first aid for an arterial bleed. The concrete slabs can be made rapidly as was done for system-built apartment blocks in the 1960's.

A tongue and groove system could be used to seal the edges and where the flat sides come together. The size of the panels would be geared to the capacity of the delivery machinery available. Would 10 x 10 x 2 ft be too heavy to put in place?

The result might be a partial pyramid, possibly 100 m2 with several interlocking and overlapping layers, as many as are needed so their weight exceeds the force of the gusher, in the same way  that we are told to apply pressure to an arterial bleed, for example. The seabed might need levelling though, unless custom cast pieces can be created to fit to the existing topography.


Is it not the case that if you pressed a gusher like that forcefully enough that it could not continue? Why would this not work?

You can hear it now...
General David "Dec" Cameron: "I am the Prime Minister, do what I say."
Corporal Nick "Ant" Clegg: "I am the leader of the Liberal Democrats, I will decide what we do. Without me you are an ex-Prime Minister."
General David "Dec" Cameron: "What about the five year deal?!"
Corporal Nick "Ant" Clegg: "That was before the cartoonists started showing me as a chihuahua licking your feet."
Posted by wire: 10:42 pm No comments: 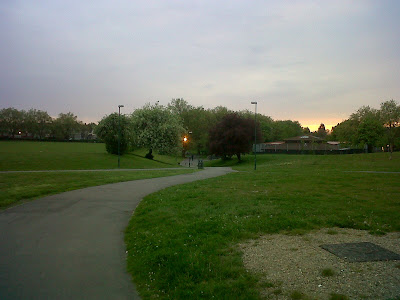 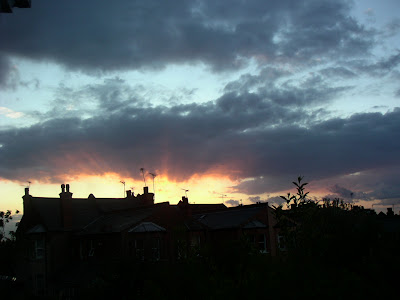 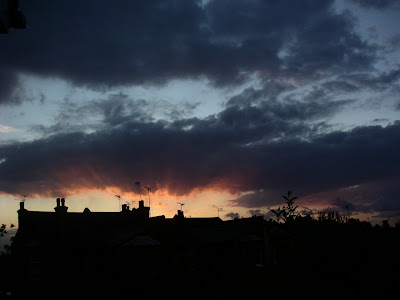 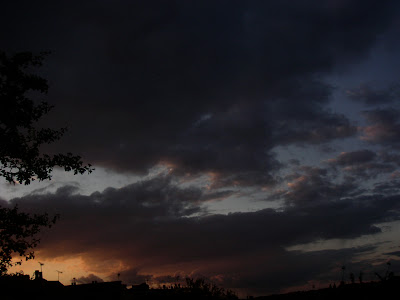 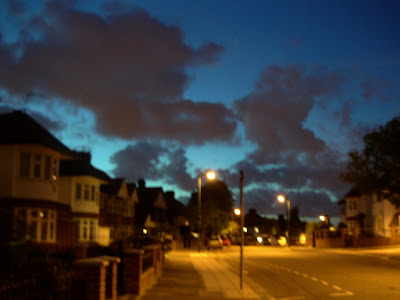 We're being ruled by mothers' boys. Your mother would love to have them to tea but they are not men. That was a man Nick "Wee Jimmy Cranky" Clegg betrayed.

Melancholy song for the sellouts

Let The Heartaches Begin - Long John Baldry
Posted by wire: 12:15 am No comments:

Gordon Brown is wearing a purple tie today. Only a small point but he was wearing it in his statement a couple of days ago as well. Purple is the colour of the campaign for voting reform.

8:45 pm: Alistair Darling is being interviewed by David Dimbleby live on BBC 1 now and guess what? He's wearing a purple tie as well. Nice touch.
Posted by wire: 8:40 pm No comments:

He lost the Lib Dem's five seats and then made a bad judgement to talk to the wrong party about coalition. The idea that he had to talk to the party with the most votes first was a complete nonsense. What he had to do was talk to whoever would ensure electoral reform. Financial crises come and go but the electoral system goes on forever. He has been subjected to panicky talk and bully bouncing by the media and walked into to it through his own ingenuousness. If he signs up to support the Tories, the Lib Dem's have been taken for patsies.

The idea that anything progressive could come out of negotiating with William Hague, Oliver Letwin and George Osbourne is a very unfunny joke. Will Nick Clegg emerge holding a piece of paper and declaring "Peace in our time"?

The Lib Dems must turn to Labour (latest Guardian editorial)

The television and newspaper media are trying to bounce the Lib Dems into an unwise shotgun marriage with the Tories. They are trying to bully and bounce the country into an unpopular government. Only 36% of voters voted Tory. Labour + Liberal Democrat voters = 62%.

The inevitable result of a deal to prop up the unrepresentative Tories would be a government that collapsed within months and the entire blame for it going to the Liberal Democrats and the Conservatives being the only party with funds to fight another election.

No more Mr Nice Guy. They will only walk all over you, Nick.

There is a severe case of "group think" going on in the country. Just because more people voted for the Tories than before does not mean they have won, they still have not got a majority. There is a parliament and within that parliament every MP is equal. Whoever can form a government has won the election. Nobody has yet won. 36% of voters should not lord it over the rest just because of a febrile group think, panic over finances and bully bouncing by the media.

Nick: Do not be rushed. Do not be bounced. Don't let them walk all over you. No more Mr Nice Guy.

The alternative coalition with Labour is one that can run a full term, it also comes with ministerial trappings of course, but it is a marriage made somewhere nearer heaven and farther from hell. The Conservatives will throw you to the wolves within months, you are only going to be used and discarded. Labour really wants you and will stick with you all the way. 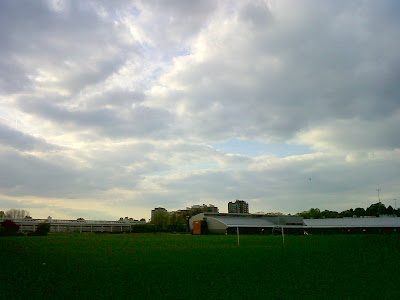 Labour MP Dawn Butler, who was caught in the second house expenses controversy, has been ousted by our old friend Sarah Teather, one of the Telegraph's expenses scandal "saints", in Brent Central.

According to somebody on the BBC last night, Brent Central was the only constituency in the country that had two incumbent MP's fighting it out following the boundary changes.
Posted by wire: 11:36 am No comments:

Hampstead and Kilburn result
Posted by wire: 9:34 am 3 comments:

The Labour candidate for Hampstead and Kilburn (2)

Glenda May Jackson, CBE (born 9 May 1936) is a British Labour politician and actress, who has been the Member of Parliament for Hampstead and Highgate since 1992. As an actress, she won Academy Awards for Women in Love and A Touch of Class.

"As a high profile backbencher she became a regular critic of Blair over his plans to introduce top-up fees in England. She also called for him to resign following the Judicial Enquiry by Lord Hutton in 2003 surrounding the reasons for going to war in Iraq and the death of government adviser Dr. David Kelly. Jackson was generally considered to be a traditional left-winger..." (Ref: Wikipedia)
Posted by wire: 10:30 am No comments:

The Labour candidate for Hampstead and Kilburn

The new parliament would surely be poorer without Glenda Jackson but could get by tolerably without Ed Fordham, I think. The Tories are nowhere in this constituency; their leaflet claiming to be in contention is a barefaced lie*, which tells you something as well.

* Afterthought: Although they did nearly win in the end, I still think it was a barefaced lie at the time but yes, there was a swing to them that left them in second place instead of third.
Posted by wire: 10:48 pm No comments:

Tories are unsure about gay rights

Actions speak louder than words. The one thing that Cameron has actually done is to remove the Conservative party from its alliance with the parties of Angela Merkel and Nicolas Sarkozy and put his group into an alliance with extremist bootboys of eastern Europe, led by Michal Kaminski. "According to the office of the National Rebirth of Poland (NOP), a far-Right Polish party regarded by the US State Department as anti-Semitic, Mr Kaminski was a former student member." (Daily Telegraph)

If you are against foxhunting, you should know that the Tories have indicated they would repeal Labour's law against it. "Hunting ban should be repealed early in Conservative government, says Tory MP". (Guardian)

Which way should I vote to stop the Tories?

Vote NO to the Tories by supporting whichever candidate is most likely to defeat them in your constituency. Box clever and don't let the Eton mafia exploit your best feelings to split the left wing vote. No Baldrick, it is not time for a futile gesture.

Lists of constituencies in various categories with an eye to snookering the Tories (PDF)
Posted by wire: 3:24 pm 1 comment:

The Guardian's guide to tactical voting

How the first-past-the-post voting system impacts on popularity, and how to play it on election day (PDF)

Lists of constituencies in various categories with an eye to snookering the Tories
Posted by wire: 9:16 pm No comments: 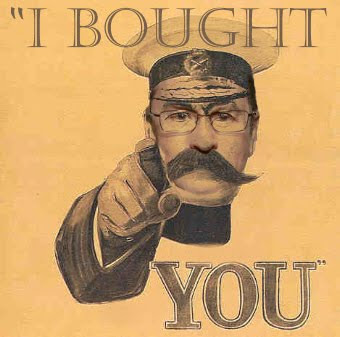 No representation without taxation? Lord Ashcroft is a resident of Belize for tax purposes but pays for glossy advertising in marginal constituencies in Britain on behalf of the Conservative party. He does not live here nor pay the same taxes as you and me but he thinks he can buy votes for his cronies. He is a Tory peer, which means he gets to vote on laws governing you and me, yet he does not live here or pay the same tax as us. Only vote for the Tories on Thursday if you want to be part of an axis of tax exiles and far right wing European nutcases, under a leader who is devoid of any real conviction.

"Those in Labour-Tory marginals should back us if they want to see real reform and keep alive the ideals of the good society." (Gordon Brown)
Posted by wire: 10:15 am No comments:

Gordon Brown gives a rousing speech to gathering of "Citizens UK", widely acknowledged as "winning round 4" of the election debates. He pledges support for the campaign for "a living wage", which is more than the minimum wage.
Posted by wire: 9:11 am No comments: