"People of Northern Israel, evacuate your towns and villages. Firing is coming from where you live. We are going to clear a twenty mile buffer zone in Northern Israel. However if you try to leave, you will be massacred on your roads, and if your women and children try to shelter, their buildings will be demolished, and if relief workers try to reach you, or international observers try to see what's happening to you, they will be bombed to hell. Your infrastructure will be demolished, your capital laid to waste. It's logical that anyone who attacks even one or two of us has to be revenged a hundred-fold. So it is written. Oh and here's a bit of mealy-mouthed hypocrisy about how sorry we are, and yet how self-satisfied."

How come we never hear that?

Israel has never given a damn about Lebanese people

I have a relative who served with the UN peacekeepers a few years ago, who tells me that the Israeli's treated the UN with contempt, refusing to acknowledge its checkpoints, and were known to shoot at the feet of Lebanese people for no reason, "to make them dance".

It's folly for the British government to form a traitorous axis with Israel, Russia and the U.S. against its own people and our European friends. Our best policy is to make alliances with our neighbours and work with them to improve the region, to clean up our backyard, to use an American expression.

For the U.S., Israel, its client, and Russia to gull Britain into being an enemy of the people of north Africa and the Middle East is a trap, and also an attempt to divide and undermine the European Union. We should be consolidating the E.U. and forming alliances south across the Mediterranean instead of stupidly playing Little Sir Echo to malevolent outside powers.

Wake up Britain, you're not "punching above your weight", you're fighting in the wrong division. It's time to tell dotty, deluded old Britannia that her menopausal affair with the distant and indifferent Uncle Sam is all one-way traffic, that he treats her like dirt. 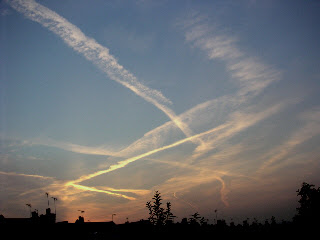 They bomb bridges, don't they

"BIG BRIDGE WILL SHUT DOWN
FROM JULY 20, 2006 THROUGH AUGUST 20, 2006
TO PROTEST ALL WARS
AND TO DEMONSTRATE OUR SADNESS AND HORROR
AT THE TRAGIC LOSS OF HUMAN LIFE
IN THE MIDDLE EAST"
Posted by wire: 9:01 pm No comments: 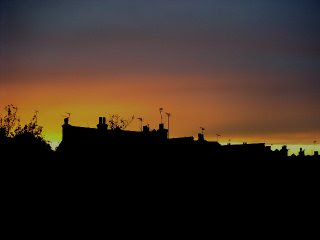 Take your chances now, you ponce

"Bakri, who had lived in Britain for 20 years, said he had shown his British driving licence and his cancelled British passport." (Reuters)

Eh, that'd be the licence to drive his free Ford Galaxy provided by the British taxpayers—the same ones he wants blown to pieces on their way to work—residents of this "toilet" that he suddenly wants to be "forced to live in" again.
Posted by wire: 10:34 am 1 comment: 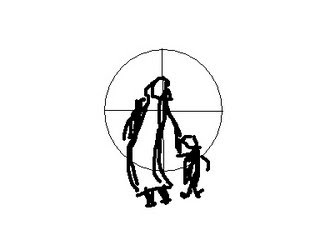 "Blair: Well...it's only if I mean... you know. If she's got a..., or if she needs the ground prepared as it were... Because obviously if she goes out, she's got to succeed, if it were, whereas I can go out and just talk" (Skynews)

Give Dorneywood to Straw. Let's make Blair even more jealous when Straw has Condi over to toast her marshmallows beside his roaring fire.

* Even in times of war, your super soaraway 'sDen gets the angles that others miss. Ed
Posted by wire: 8:25 pm 3 comments:

To all staff: Health and Safety fines

Please be careful not to kill anybody in your activities for this newspaper. If any of you fails in your duty to the public while working for the Willesden Herald, we will fine ourselves under our Health and Safety at Work self-regulations, which could be very expensive. I (Red Woodward) will personally write a cheque to Willesden Herald Financing Ltd. (prop. E. R. Woodward) for a huge amount of money. So please be very careful. It is very inconvenient to have to use my cheque book, as I do most transactions online these days. So I repeat, do not kill members of the public. However, if you do kill somebody (I don't know, shoot them ten times in the head by accident or something) let me know and I'll plead guilty to our investigatory committee on behalf of myself and write out the cheque for the fine. 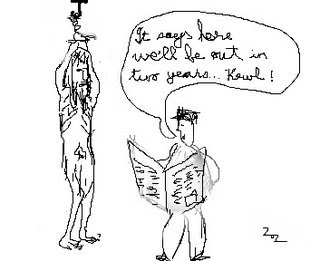 Another myspace.com number 1 hit song, bubbling up from the internet stews, this time from a right foul-mouthed fag ash Lil. What this British generation wants to tell us is that they don't give a damn about anything or anyone except themselves. Bring back the hippies, I say. Or even bring back Gnarls Barkley, the Crazy myspace long-running number 1 hit, it must be a month since that one. It's an exciting time for internet music.

A state of war in London

"The move to send them to Houston, Texas, is at the centre of a row over Britain's extradition agreement with the United States. A deal to counter terrorism, agreed after the September 11 attacks in 2001, means the US can easily extradite British people to stand trial in America - even if the case has nothing to do with terrorism. But because the US Senate has not ratified the deal, Britain does not have a similar right." (Sky News)

Quisling Blair has turned Britain into a U.S. colony, to be ruled from the White House, but with no voting rights. If this were the 51st state, Bush wouldn't be in office, but since it's a colony he is and Brits have to suck it up.

Fox on the roof / Call of the wild 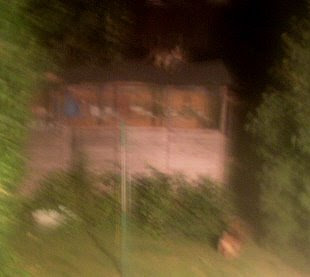 Picture of the week*

A week's supply of vegetarian rissoles goes to night watchman, Nelson Poultice, for this snap of a fox on the roof of his garden shed, enacting the balcony scene from Romeo and Juliet with Nelson's small terrier, Woolly.

We expose the sunset racket 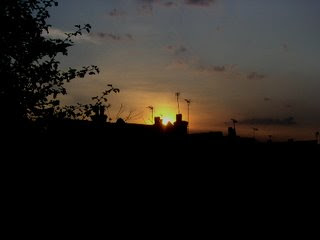 "Since last month, the British have been taking part in U.S.-led Operation Mountain Thrust, billed by its American commanders as the biggest offensive against the Taliban since they drove them out of Kabul in 2001." (Reuters)

Everything is better out of doors—drama, food, music, love.

You can hear the wind in the trees, moan of buzzflies, the smallness of voices in the distance, the similarity of gulls and schoolchildren's cries, desultory clink of hammer on tin far away, pecking of a neighbour's shovel on stone, angry jets.

The sheen of green-bellied flies does not go unnoticed, the visits and revisits of a rufus butterfly, and a wood pigeon's one bar blues.

On a hot day when any wind rushes through and cools your ankles, on a dry day when the trickle of water nearby is a joy to hear. Sirens do not distract the terrier from chewing a stick, working on it implacably, less concerned with noises off than with a hover fly that dares to interrupt.

Leaves lit through by the evening sun on top of a laurel mostly in shade, bring a memory from a lost summer, of a grand avenue with four rows of trees, and side roads with small terraced houses below.

I particularly like this 12th century Irish planespotter's journal entry. It reminds me so much of my own thoughts when resting in the garden after hoeing around the beds. Ganache
Posted by wire: 3:30 am No comments:

That every physical entity is omni-dimensional.

We can imagine a one-dimensional object such as a line, or two-dimensional like a polygon but they cannot exist in our world as physical entities. We may represent them with fine drawing equipment but on microscopic examination the lines have height and width as well as length. Taking time as the fourth dimension, we can say that no physical object can exist which lacks one of the four dimensions. Without time there is no period in which to exist, without width there can be no length, without length there can be no height etc.

Therefore our experience suggests that nothing can exist without being present in all known dimensions. But something that is very large in one dimension may be very small in another. To explain "spooky action at a distance" then we can guess that the communication is via an extra dimension in which the distance is short.

Was this what I was thinking about when the guanabana fell? Ed?