Fascinating talk by Zadie Smith recalling the influence of the local library on her and concluding in scathing terms about the present government's policies towards infrastructure as it affects communities.
Posted by wire: 11:14 am No comments:

March for the alternative - home video

Willesden did not go unrepresented.
Posted by wire: 1:39 pm No comments:

Greedy Andrew Lansley, the NHS is not for sale

"[The Telegraph] exposed you flipped your second home. ... [Under your plans] we'll become more like the US. Care will be farmed out* ... He's been given cash by ... a private care provider who, if they have their way, will become the biggest beneficiaries of privatisation of the NHS." (MC Nxtgen)

* Care will be farmed out to "any willing provider", forcing the NHS out of business by buying the market, leaving aside difficult cases while Tory financiers make off with money for the easy ones. Lansley's aim is to compromise doctors by immersing them in a man-made lake of money and then bring in his friends to drain it for them.

He knows very well or if he does not he is stupid, that private consortia will run loss leaders and resort to any unscrupulous tactic in the book to force the NHS out of business. Publicly funded hospitals will not be able or minded to run "loss leaders" or to pick and choose what work they tender for or to get massive loans. Their shareholders are none other than the general public, who pay for them on an insurance basis, assuming and till now trusting that they are being dealt with in good faith.

Now the oily, airbrushed chisellers are in and trying to make their sinecures and party kickbacks, all is in jeopardy. The magnificent edifice of past generations is to be smashed open and looted. Photofit Cameron has been spotted all over this ripoff. You cannot trust people who live for money and business. They will stab us in the back every time if we let them. [Ed.]
Posted by wire: 2:33 pm No comments:

A march for constructive alternatives to the Conservative and Liberal Democrat coalition government's brute force approach to the "national debt crisis". Their policies are more appropriate to Dr Who than to Dr Finlay, they think that smashing the controls will save the ship of state from crashing. The first thing they should do is collect the tax dodged by their plutocratic friends and financiers. At the same time, let's have our money back from the banks now that they are swimming in it. "The country" or the government, depending on how you look at it, is in terrible debt, presumably to banks of some sort ultimately, because they have had to support banks to the tune of hundreds of billions of pounds. They are borrowing from banks to give to banks and their only plan is to take more money from the poor and hard up.


Speakers in Hyde Park estimated the crowd at half a million. Hours after the start of the march, when Hyde Park was already crowded, a phone call from a friend confirmed that the march was still proceeding from Embankment, miles away. I passed by the Ritz Hotel and Fortnum and Mason's twice (I went back to meet others) and I didn't see any trouble whatsoever anywhere along the way. Yet, when I reached home and turned on the TV, the first thing I saw was reports about the anarchists running riot around town and attacking the Ritz, etc, with BBC reporters wearing crash helmets. The people with the official march are quite frustrated that the sideshow created by a few has provided an excuse for government supporters to turn up their noses at the protests.

Most speakers highlighted the fact that unpaid taxes are more than the amount needed to solve "the national debt crisis". But since the banks are now raking in billions again, surely there is a way to say to them, give us our money back NOW - we need it. They evidently are swimming in it as they give themselves million pound bonuses like scooby snacks.

Audio: A fiery speech by Mark Serwotka, General Secretary of the Public and Commercial Services union at the demo today, introduced by Tony Robinson

"Mozart’s music ... is the essence of human life and he becomes more beautiful all the time. It speaks to you differently at different times. That is the beauty." (Mitsuko Uchida, Telegraph today)
Posted by wire: 2:26 pm No comments:

23 March 2011: Delighted to announce that we will be teaming up with the wonderful Liars' League who will read extracts from as many of the short-listed stories as we can fit in before the results. Also lucky and pleased that Sam Taradash has agreed to be MC for the evening. 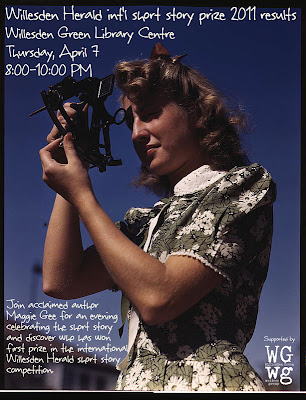 Join acclaimed author Maggie Gee for an evening to celebrate the short story and discover who has taken the one-off inscribed mug and first prize in the international Willesden Herald short story competition 2011, supported by Willesden Green Writers' Group. If the printers do their bit then copies of the anthology of the short-listed stories should be on hand. Refreshments will be provided.

Last year's winner Wena Poon went on to have her novel "Alex y Robert" serialised on BBC Radio 4's Book at Bedtime nightly for two weeks. Jo Lloyd who won the previous year, her first ever win for her writing, went on to win the Asham Award in the same year for another story. It is not an exaggeration to say that the list of impressive credits, novels and collections for previous short-listed writers is too long to recount here.

It should be a wonderful evening. I think I speak for everyone at the Willesden Herald when I say I am looking forward to seeing lots of friends, writers and readers and hearing professional actors read from some of the best stories of 2011. See you there. (Steve Moran)

It's been a long winter 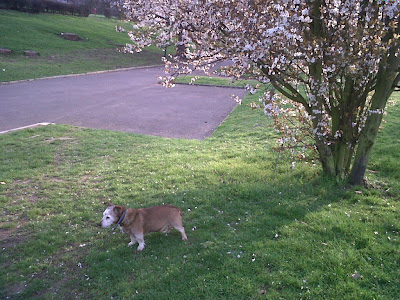 Another honour for Wes Lee

Congratulations to New Zealand's Wes Lee who has just won the Grist New Writing prize judged by Helen Simpson, announced a couple of nights ago at the launch of the Huddersfield Literature Festival. Her winning story is entitled "Alexander McQueen On Your Birthday".
Posted by wire: 2:57 am 1 comment:

"A parade, from Willesden Green tube to Willesden Green Library Centre, featuring floats, pipers and costumed dancers kicks off at 4pm. Plus live music and dance on a stage in front of the library, an Irish market and children's activities such as circus skills workshops and face painting. The parade takes place on St Patrick's Day rather than the nearest weekend, in an area with a significant Irish population." (Time Out)
Posted by wire: 11:39 pm 1 comment:

26 March 2011
TUC national demonstration against the cuts will take place in London on Saturday 26 March 2011.

Unions are now at the heart of a powerful, progressive coalition against the cuts, bringing together service users, charities and community groups. The union movement and the country face the sternest test in a generation. Not only is the economy on its knees, not only is the law tilted against us, but we have a government in power that is making spending cuts of a speed, scale and savagery never before seen. This national demonstration forms part of the campaign against these cuts.
++ Good stewarding will be an important part of making this a safe, family-friendly day out. Unite will have a large number of stewards on duty during the event and on all our transport ++
Mobilise for the national demonstration against the cuts next Spring in London on Saturday 26 March. Together let's make that mobilisation the biggest, boldest and best event in our history.
Posted by wire: 4:53 pm No comments:


Willesden Herald: New Short Stories 5. The best of the Willesden Herald international short story prize 2011. Twelve new stories set as far afield as China and New Zealand, Sweden and the US as well as several from Britain and Ireland.

Ukelele, "the instrument of peace" 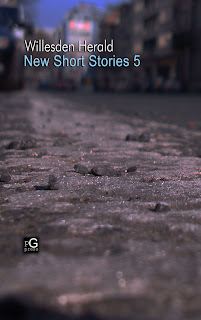 Government by, of and for the corporations

YouTube - Servants of the Corporations / Spadecaller
Posted by wire: 8:31 pm No comments:

"BRENT Council sounded the death knell on six libraries last night when it voted on slashing £42 million from it's budget this year." (Wembley and Willesden Observer)

The report includes a YouTube video of a noisy demo outside the doors of Brent Town Hall with protesters demanding to be let in as police barred the way.
Posted by wire: 3:17 pm No comments: