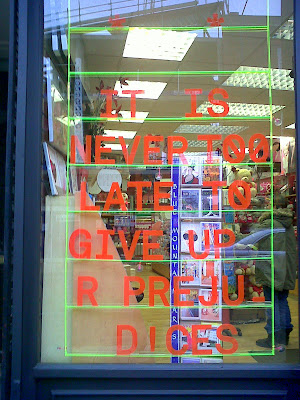 "It is never too late to give up 'r prejudices." 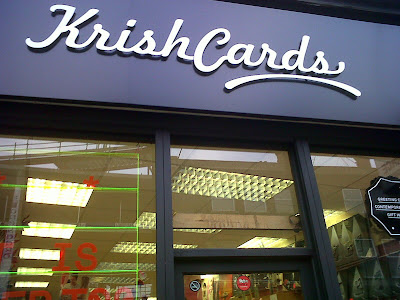 "A Land Registry inventory of title deeds, just published... [shows that] in just two central London boroughs the ownership of property worth £88.5bn has been transferred offshore to escape payment of stamp duty and inheritance tax. It is estimated that this costs the Exchequer about £1.7bn a year in tax evaded." 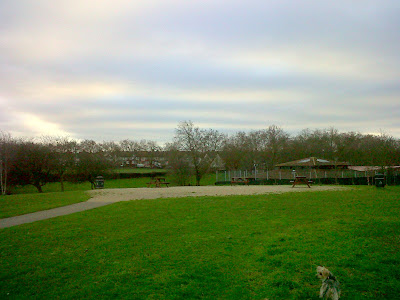 It was cool but sunny. The clouds formed a striped pattern. Two football games were underway in the park with seven-a-side nets. Some familiar dog walkers and their dogs reappearing with the sun. There was a man with great joy in his face, teaching his son how to ride a new bike. The bike was big but the boy was whistling a tune as he passed us by. When he went back the other way, his father stood in the way and taught him how to stop by blocking the way. Caught the bike before it flipped. Use the back brake, see...
Posted by wire: 10:58 pm No comments:

Willesden Green redevelopment - what do you think?

"The very tight timetable that envisages work starting in September has the planning application down for April 2012 and consultation obviously has to take place before then."

An interesting and informative article by Martin Francis of Brent Green party. Willesden Old Library, a "locally listed building" will also be demolished. The car park will go and there will be "a maximum of eight designated parking spaces" in the new development. There are fair words about recreating the cultural facilities but don't let your parsnips go cold waiting for that butter.

As guessed by the Willesden Herald, it is all sewn up with a single developer who will do the whole thing "at zero cost" to the council. Not at zero cost to Willesden though. The council will now have to decide on a planning application from Galliford Try but the whole schedule is setup already, so what independence can there possibly be about the planning application?

There is no question but that the existing building has been deliberately run down, the car park made unusable, the cinema and café wilfully allowed to fall into dereliction. The whole process stinks to high heaven and calls for an independent investigation into the decisions involved. Cui bono?

From the same shower who brought you the closure of six out of twelve local libraries in a year, the sort of people who cut down hardwood forests that have taken hundreds of years to grow for paltry and transient financial expediency.

On the conviction of two Eltham racists at the Old Bailey

"Nearly 20 years after he was murdered in cold blood, Stephen Lawrence's family get justice. Their courage & dignity inspirational." Diane Abbott on Twitter

"Our crew filming point where Stephen Lawrence died had racial abuse shouted at them from a passing white van: locals say it is commonplace" Jon Snow on Twitter
Posted by wire: 3:34 pm No comments:

The Vatican in high resolution

A marvellous page that lets you pan in three dimensions and zoom in and out on the details. It has choral music playing, which you can turn off if preferred.
Posted by wire: 8:23 pm No comments: