Me shanty town pigeon
No freehold, no leasehold
Not even pigeon-holed
Just squatter rights
In your elderberry

When nobody looking
Us changing the guard
And dozing, sometime
One eye on you
Me act of faith

Can you remember back before the war? We were all so naive. Ahhhh Bisto! They'll never come again. 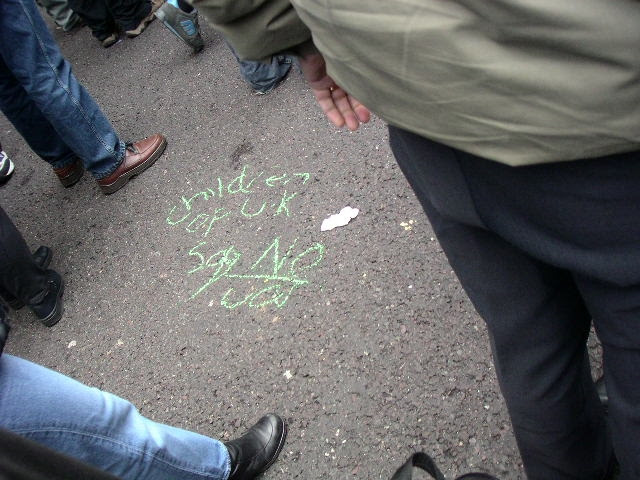 Thinking of returning to the Ould Sod! A once-in-a-lifetime chance to get a foot in the Celtic Tiger, in Willesden's twin-town, Ballymun. 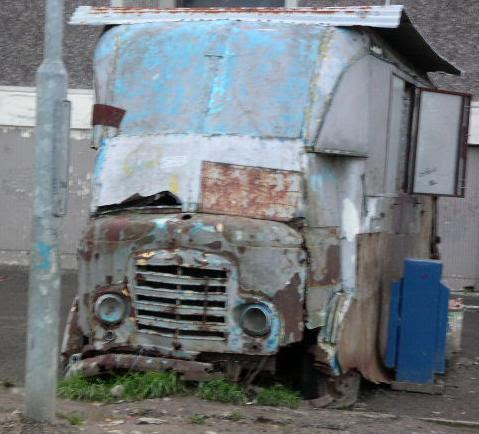 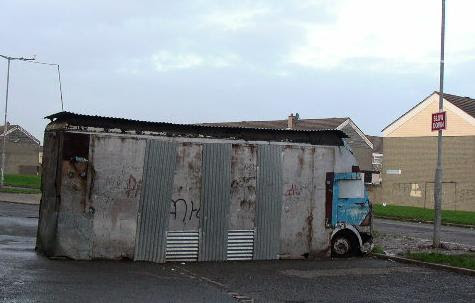 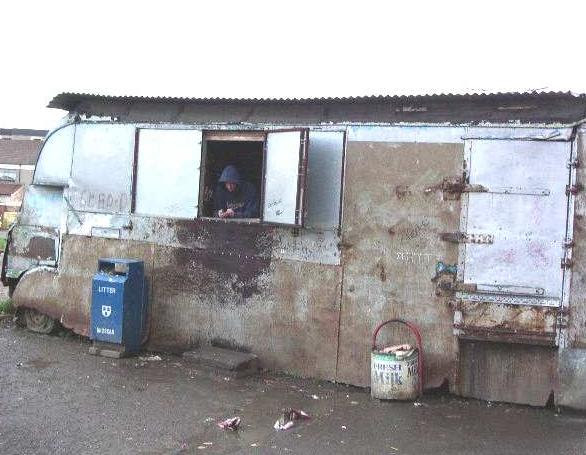 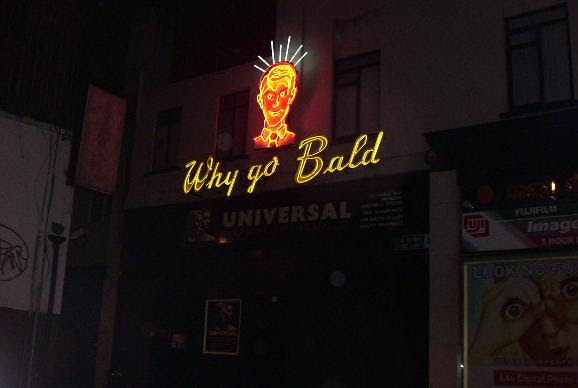 Expert trichologists await you in the Emerald Isle. Book early to avoid disappointment. (Box no: 2.)
Posted by wire: 3:30 am No comments:

The lights come on and it's still not dark.
Shop windows light-up their mannequins.
Saw-toothed roofs of black terraces
are silhouetted in front of a fading sky.
Around the back of the high street
a few pale yellow window rectangles
take their colour from nearby lamps.
Another one or two are cold pastel blue
as though they were cut out of the sky.
The bright cold day sets on the horizon,
its hemline muddied to fagash grey.
In the supermarket carpark drivers wait
while headlights swing by, silently. 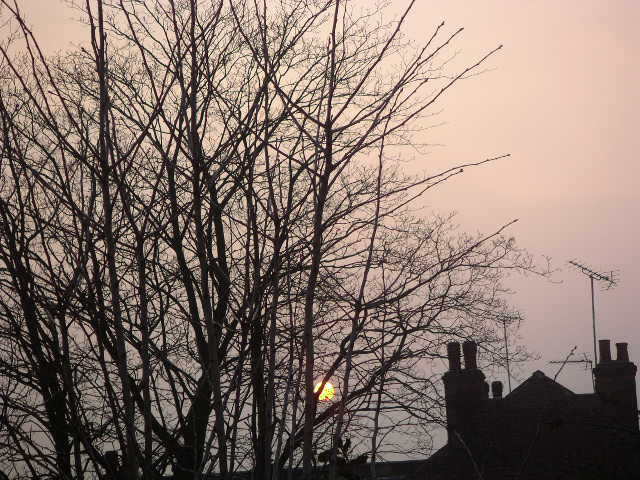 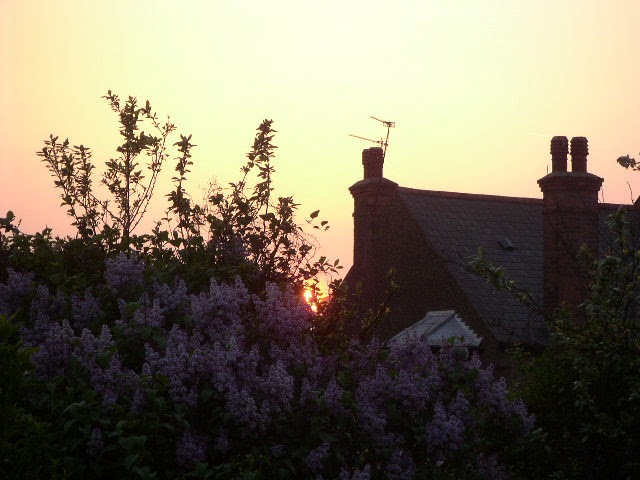 Mystery weed - no let up

Investigators are still looking into this matter. 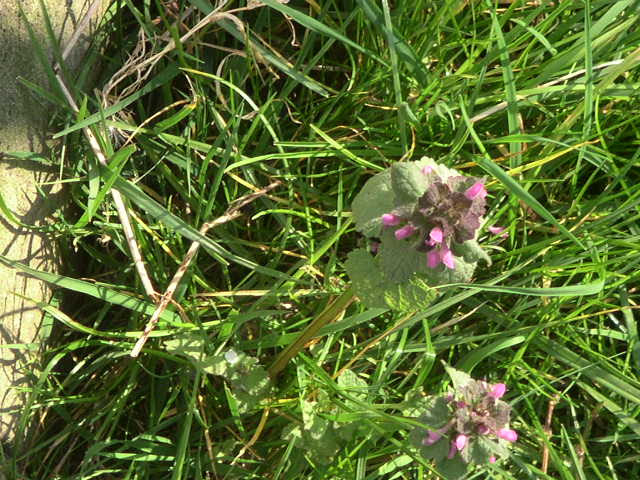 I am pretty sure that's not a robin. (Midnight Warbler Goes Missing.) The robin's song is more golden and playful I would say. I suppose it could be a tired robin. Am I an expert? No. I am however doing a 6 month stretch down Scrubbs Lane for a TDA with 7 other TIC's and I have seen Birdman of Alcatraz and I am doing a bit of the old birdwatching from my pad in here.

Could it be a blackbird? I will listen closely to the next one I spot and let you know when I get a chance to get on the library computer.

*This letter wins the Old Lags' prize for this week, a holiday for two in sunny Tenerife, departing tonight from Inverary Airstrip. Ed.
Posted by wire: 6:57 pm No comments:

The bird that was heard singing after midnight every night since Christmas has not been heard for a while. Excited Willeburgers thought it might have been a nightingale, but experts have indicated that it's more likely to be a robin with insomnia. A reader has managed to record the mystery diva in full throat, here. A prize of 50p off your next haircut at Gavros's Switchblade Salon in the High Street to the first reader to prove the identity of the diminutive star of Sleepless in Willesden.
Posted by wire: 6:56 pm No comments:

I couldn't be sure but I think the flower could be prunella vulgaris in its early stages, also known as selfheal.

You'll ask what I know about such things. I am at University. I am a lab tech there and am currently researching pentacyclic triterpenes (of which PV is choc-a-bloc). I hope to use them in my research project since they may help to inhibit the slight gastric bleeding that my last batch of E's seemed to trigger


The picture is a little indistinct. If the leaves are pointed ovals it may be P.V.

Is there a reward?

Ed. replies
There was to be a reward, but I'm sorry to announce that Pizza on the Trot is not with us any more, Mr Grimes and the staff will be sadly missed. They were hit in crossfire overnight. Our non-roving reporter has been ordered to take another picture of the mystery weed, and with any luck should arrive back safe and sound shortly.
Posted by wire: 6:56 pm No comments:

A reader has asked if anyone can identify this unusual weed. A prize of free garlic bread with any order over £50 from Pizza on the Trot, Harlesden to the first reader to read a paper to the Royal Society about our botanical interloper. 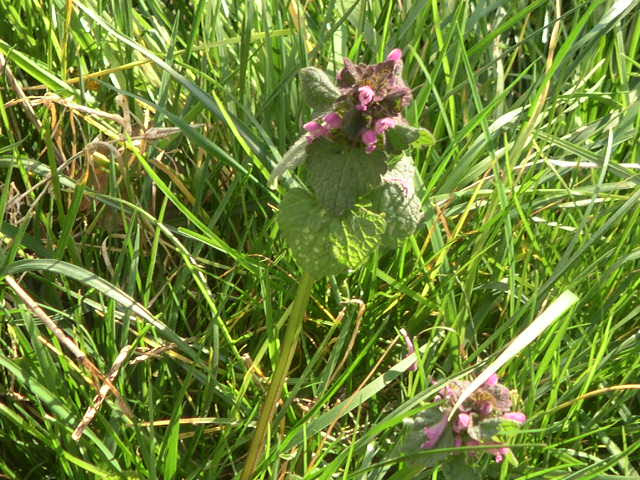 In the news today in Willesden...

The lilacs are blowing in the breeze. A wonderful change in the weather from the mini-heatwave of midweek, to the blowy chill of this weekend (Easter.) Our reporter got this for you, just as the cold winds arrived: 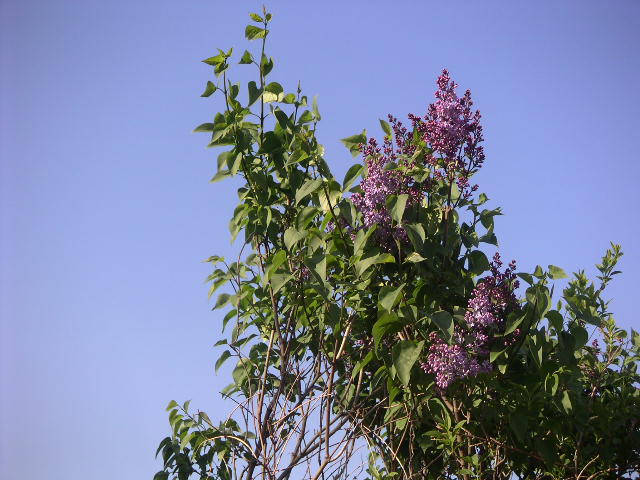 In other news: Exclusive film captured by our non-roving reporter shows the bracing freshness of the cold wind rushing through the rich spring inflorescence. This quick-time movie also gives just a hint of the speed a terrier can attain, as it tells the story of how a dog in a garden thinks before deciding to run indoors and fetch a tennis ball. Here it is: Dog Day Afternoon [Yes! Murphy's Arkle by a short head!. Have some more web space, lads, but don't go mad. Ed.]

The first annual Willesden St Patrick's Day parade featured a colourful array of float. At one time the procession stretched all the way from the Standard Tandoori to Mona's Shamrock Hairdressers. 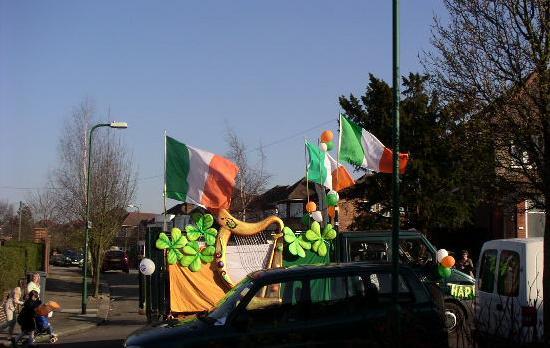 St Pat. himself put in an appearance, with his crown, and a selection of balloonage. Fr Horniman gave an oration at the graveside of Mickey the Mynah Bird, whose rebel yells amused patrons of McCartin's pet shop and mortuary, off the High Road, for so many years. (I've censored Mickey's language - Ed.)

Councillor Patel, who organised the event, said it was just one of 600+ cultural events due to be aided this year alone, such as the Hollywood Pantheist RinTinTin Festival, the Humanists for Satan Jamboree, the Witches of Willesden Green Annual Dance etc. He denied that the children from the Mother Mary Aikenhead school had to be forced to march.

The beast of Willesden 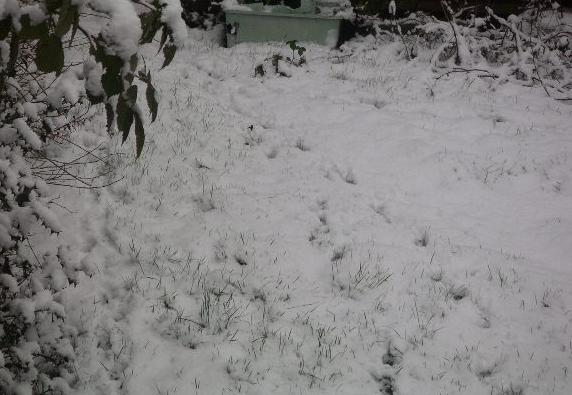 Experts who have examined the photo say that the paw prints are definitely from a beast of some sort. 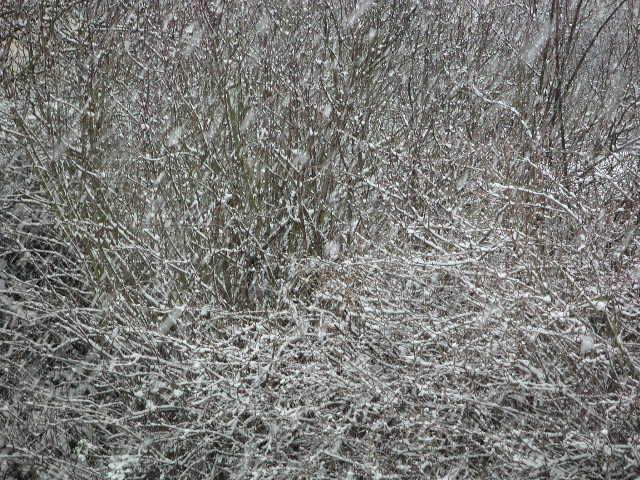 This painting by Jackson Pillock hangs on the wall between the lifts in the atrium of Willesden Herald House.