Update 29/3/2013: The target has been reached with six days to spare. Thanks to everyone who has helped out with this and I hope you will like the book you have helped to publish. (Steve)

I need your support to complete the publication of New Short Stories 7, containing the winning stories from this year's Willesden Herald short story competition. Please sign up to back this Kickstarter project before April 4th. In return you will get your choice of a copy of the book or a specially inscribed Willesden Herald mug and your name will added to the list of sponsors in the front of the book. Here is the link:
http://www.kickstarter.com/projects/stephenmoran/willesden-herald-new-short-stories-7.

From the tropical hothouse of the Willesden Green Writers' Workshop a gorgeous and flamboyant flower.

"First Aid Kit Girl is a black comedy, a horror story, an escaped internal monologue. But never a cry for help. Stephanie is coping. One foot in front of another. One week after another. And then..."

Waiting for the parade

The parade is on its way to Willesden Green Library Centre. There is a funfair with various rides and a bouncy castle. The smell of food from the fast food vendors is everywhere. The concert stage in the car park is setup and playing music already while we wait for the parade. Last year they had a magic show in the cinema for children as well. It rained for a few minutes but now the sun has come out again.
Posted by wire: 2:54 pm No comments: 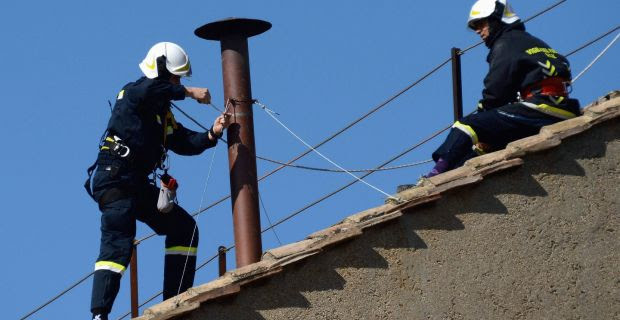 Good old Fred. It's a busy year for him. I'm glad to see he's got a helper and they have hard hats on.
Posted by wire: 9:15 pm No comments:

A choice of three fine cream coloured leather sofas this evening on Rowdon Avenue.
Update Saturday 9th March: Two of them are still out there.
Posted by wire: 6:59 pm No comments:

I'm launching a Kickstarter project to raise funding for the new book. I don't think I need to tell you how great the stories are, how wonderful, because anything I say cannot add one bit to that; they just are. It's not just money for nothing, you get the book, with your name acknowledged in the front, and/or you can get a Willesden Herald mug inscribed "I helped publish New Short Stories 7". Thirty days to raise £800, half for the rewards, half for the publication. All the details are here:
http://www.kickstarter.com/projects/stephenmoran/willesden-herald-new-short-stories-7.

The winning story in the international Willesden Herald short story competition 2013, as chosen by David Means is:

"Holidaying with the Megarrys" by Danielle McLaughlin.

Equal runners-up, are:
"All Its Little Sounds and Silences" by Barnaby Walsh
"Round Fat Moon and Jingling Stars" by Marie Murphy

First prize is a one-off Willesden Herald mug, inscribed "The Willesden Short Story Prize 2013" and £300. The runners-up each receive £150.

The prizes also include five copies of the anthology to each of the ten short-listed writers. You can read all the stories in New Short Stories 7, coming soon. Thanks once again to everyone who entered and to everyone who supported the competition over the years, especially this year's judge, David Means.

If you would like a masterclass in short story writing, David Means will be leading WordTheatre Writers’ Workshop & Retreat on July 5-July 12, 2013 in Edale, England. For availability and full information, please see
http://wordtheatre.com/writersretreat/Home.html.

White smoke has been seen rising from the special chimney on Herald House. Thanks to each and every one who entered for the 340 stories you sent in, each one a work of art. The full results, as judged by David Means, will be announced shortly. Meanwhile, here is the short list for the international Willesden Herald short story competition 2012/13.

All Its Little Sounds and Silences – by Barnaby Walsh

The Gift – by Alistair Daniel

Holidaying with the Megarrys – by Danielle McLaughlin

Round Fat Moon and Jingling Stars – by Marie Murphy

SJ Bradley is a writer from Yorkshire. Her work has been published in various magazines and anthologies, and she was one of Untitled Books’ New Voices of 2011. She is one of the organising party behind Leeds-based DIY writers’ night Fictions of Every Kind, a venture which aims to give support and encouragement to anyone engaged in the lonely act of writing. Her work as a letterpress printer involves keeping the old skills of letterpress alive through practise and salvage. She lives with her partner and cat.

Alistair Daniel lives in Liverpool and teaches creative writing for the Open University. He was short-listed for the 2010 Bridport Prize and his short stories have been published in Narrative, Stand, Untitled Books, The Irish Times and The Stinging Fly. He is completing his first novel, supported by the Arts Council and a Charles Pick Fellowship from the University of East Anglia.

Merryn Glover is Australian, grew up in Nepal, India and Pakistan, and now lives in the Highlands of Scotland. She writes both stories and plays, with work broadcast on Radio 4 and published in a range of journals and newspapers including The Edinburgh Review, Wasafiri and The Guardian. She has recently completed her first novel, set in India.

Anna Lewis was born in 1984. In 2010 she won the Orange/Harper's Bazaar short story competition, and in 2011 was selected by the Hay Festival to take part in the Scritture Giovani short story project. Her debut poetry collection, Other Harbours, was published by Parthian in 2012.

Danielle McLaughlin lives in County Cork, Ireland. Her stories have appeared or are forthcoming in The Long Story Short, The Burning Bush 2, The Stinging Fly, Inktears, Southword, Boyne Berries, Crannóg, Hollybough, on the RTE TEN website, on RTE Radio and in various anthologies. She has won a number of prizes for short fiction including The Writing Spirit Award for Fiction 2010, the From the Well Short Story Competition 2012 and the William Trevor/Elizabeth Bowen International Short Story Competition 2012.

Thomas Morris is from Caerphilly, South Wales. He has previously published short fiction in The Irish Times, The Moth, and ETO. In 2012, he received an Emerging Artist Bursary from the Arts Council of Ireland. Currently enrolled in the Creative Writing MA at the University of East Anglia, Thomas is working on a collection of short stories set in Caerphilly, and a novel, Second Best: The Diaries of a Substitute Goalkeeper.

Marie Murphy began to write full-time three years ago. In 2012, she was a finalist in the Novel Fair run by The Irish Writers’ Centre in Dublin. Also in 2012 she was long-listed for the Power’s Short Story Competition. Marie grew up on a farm in north Cork but has worked in England, France and Ireland (chambermaid, waitress, cook, cleaner, lady’s companion, nurse’s assistant.) On qualifying from University College, Cork, (B.A. H. Dip. Ed.) she taught in England and Ireland. Married with three children, she lives in the country in west Cork where she is currently working on a novel of connected short stories.

Angela Sherlock has worked in engineering and in education but now lives in Devon where she writes full time. She has published reviews and articles but now concentrates on fiction. Her first novel, The Apple Castle, (as yet unpublished) was long-listed for the Virginia Prize and short-listed for the Hookline Novel Writing Competition. She has published some short stories and is currently working on a novel that draws on the history of Plymouth. Hangman, her second story to be short-listed by Willesden Herald is from her collection, Exports, which explores the Irish Diaspora.

Nici West likes to write short stories and is tying her brain in knots trying to write a novel. She was born in Essex and is making her way up North, currently living in Manchester. She recently completed an MA in Creative Writing from The University of Manchester and spends her days writing, looking after two guinea pigs and producing literature projects.

Barnaby Walsh originally studied theoretical physics by mistake, but recently completed his master's in creative writing at the University of Manchester. He lives up north, in Bolton.

Well done Bradley Manning for exposing this atrocity. Shame on everyone else involved.
Posted by wire: 11:57 pm No comments: