Short Story of the Month, February 2022

"In the Soviet Union, with its ritual of daily obstacles and anti-Semitism, the U.S. had seemed a haven, a far-away hope of her life’s opposite. She was young when the exodus of Jewish refugees, as they were officially called, started in the 1970s, mostly to North America and Israel. Suddenly, everyone knew someone, or was someone, who was leaving. Her mother’s coworker. Her father’s cousin. The girl who sat behind her in school."

Yelena Furman lives in Los Angeles, where she teaches Russian literature. Her fiction has previously appeared in Narrative.

Short Story of the Month, January 2022

“...Even in the fading light of the day that concealed the worst scars of decrepitude, the seediness of the place could not be ignored. Many shops were boarded up and metal curtains were down on those that weren’t. The coin-operated machines were battered, nicked and banged metal, flaked-off paint. Relics from the early age of automation..."

M.E. Proctor lives in Livingston, Texas. After forays into SF (The Savage Crown Series), she’s working on a series of contemporary detective novels. Her short stories have been published in Bristol Noir, The Bookends Review, Beat to a Pulp, All Worlds Wayfarer, Shotgun Honey and others. On Twitter: @MEProctor3
Posted by wire: 4:50 pm No comments: 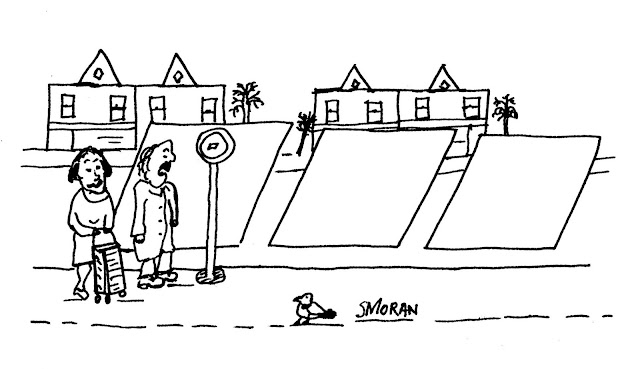 TYPICAL! YOU WAIT AGES FOR A RHOMBUS...
(probably been done before?)
Posted by wire: 4:07 pm No comments: