Fragment Magazine: "a quarterly PDF journal (free and downloadable) and an intermittently updated webzine, devoted to critiquing outstanding work in the independent presses and providing a showcase for new music and fiction. Fragment aims to remain positive in focus and encourage creativity."

How to cope with a Zombie attack etc.

"In an effort to worry the public and convince them to vote for us again next year, and because George Bush asked us to, this website includes the common sense advice found in the Preparing for Emergencies booklet, and information on what the government is doing to protect the country as a whole. (Hint: we're praying really, really hard.) National editions of the booklet will be available here when we can be arsed to get translators to put them into your crazy moon languages."

"The 1st Dead Drunk Dublin Festival, a gathering of writers, poets, performers and musicians from America, Germany, Canada, England, Wales and Ireland will take place on Wednesday August 4th at Mother Red Caps, near Christchurch in Dublin. An irreverent, informal, eclectic mix of music, words, chant and performance, the event will run from 6.30pm until the wee hours." (More)

I am looking forward to covering this event for the International Willesden Herald. I will be packing a complete new set of crayons, and I will buy a colouring book locally when I get there.

Lenin has linked some interesting soundfiles here, including Paul Foot giving a very amusing talk about the poet Shelley. [Later...] Wow, it goes on a bit. Most of the fun is at the beginning of the recording.

According to a report in The Independent this week Robert Mugabe has banned the colour red because it is used by Zimbabwe's main opposition party, the Movement for Democratic Change. Meanwhile, Britain prepares for a rare state visit....

Remember, guys. Don't roll out that colour carpet. And only serve white wine. Certain humanitarian organisations will temporarily be known as the White Cross, and the White Crescent. It's a ridiculous idea. Enough to make you see ... er. Well, enough to make you think it's part of Comic Relief or something. By the way, don't call it a certain colour nose day, okay?

We want blondes and brunettes only here at the reception. No leggy r - ginger mingers. And I see you've been up all night rearranging the Union Jacks to green, white and blue. Put that can of R Bull away sharpish. And tell the minders there are orange and yellow alerts only.

There'll be no flypast by those colour Arrows. Best make sure he doesn't see the sunset either. Can't risk a Shepherd's delight. Don't put the footie on telly in his hotel. He can't risk seeing Liverpool or Man U play, or seeing the ref sending anyone off. We don't want him catching any of that comic sci-fi series with the certain colour dwarf either. And no CDs by the Chilis, okay? Grey squirrels only in Hyde Park, please. Oh, there already are. So that shouldn't be a problem.

It doesn't matter that it clashes with the Labour Conference. Most of them don't know the words for keeping the certain coloured flag flying here anyway, and they were thinking of dropping the rose. But I think to err on the side of caution, we'd best tell Ken Livingstone to keep out of sight...

"Stuck for summer reading? This week's Weekend is devoted entirely to brand new fiction from leading authors. So pour yourself a long drink, settle down in your deckchair, and enjoy ..."

Two German immigrants in New York mould a future from holes in the past in this story by Jonathan Safran Foer.

Can the death knell turn an adrenaline junkie's life around in Helen Simpson's story of addiction and redemption?

William Boyd gives us a glimpse into the musings of an ageing film director.

A celebration of moments under the microscope in Jeanette Winterson's tale of desire.

A nightmare scenario unfolds in this short story by Hanif Kureishi.

A celebration of moments under the microscope in Jeanette Winterson's tale of desire.

One woman finds herself in a real life Shakespearean mix-up in Alice Munro's tale of thwarted love.

We ate the children last

A medical breakthrough leads to a social experiment that goes horribly wrong in this tale by Yann Martel.

Click on the link above for the page listing these and many other online short stories.

The other night while shambling past the Willesden library centre...

...I swear I thought I saw Josh Davis of The Muse and the Mechanism in Osama's phonebox (the one with the number that Osama made about twenty calls to from his satellite phone.) I was seriously thinking about giving up the booze. Then I found this image in my digital camera. Eerie. 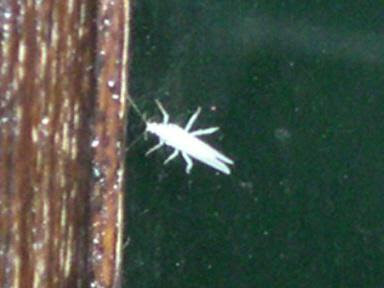 Fly-tippers are getting worse 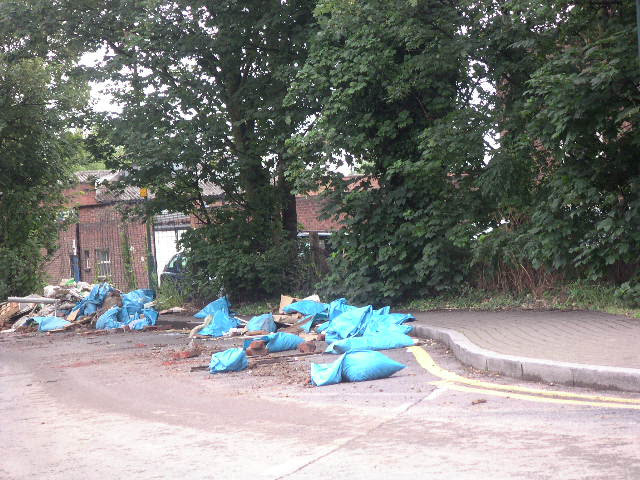 This picture was taken this morning. North End Road, the same Wembley back road we showed you on June 16th, blocked by fly-tippers has been hit again. Now Willesden has been hit by these ruthless shitehawks. 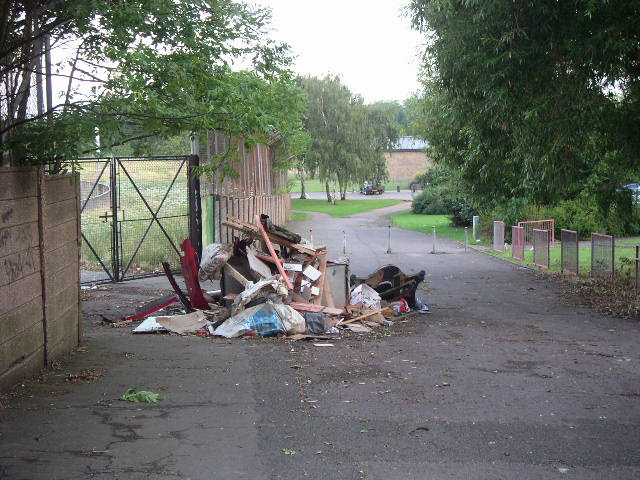 Here is the path from Donnington Road to the Willesden Sports Centre, this evening.

Next time your builder says, 'Oh don't worry, I'll get rid of that rubbish. No problem,' insist that they take it to the local dump, and budget for it.

In his resignation statement, Tony Blair today admitted that he had "failed to convince the public that he was always right." Gordon Brown declared that he was very happy to work with Charles Kennedy, and that the objectives of Labour and the Liberal Democrats were not very different. Labour's failure to gain an overall majority has led to the revival of the infamous Lib-Lab pact.

This is the next stop on Ossian's world tour. There will be reeling, roaring and howling at Lughnasa. A huge party with live music, readings and divarsion.

If anybody can make it to Willesden, I think this event will be worth a visit. It's at 8 p.m. upstairs in "Studio 95" at the Willesden Library Centre, 95 High Road, Willesden, London NW10. Look out surprise international cerebralty guests, sponsored by the Willesden Herald. Admission is free.

"Tonight, in association with the Westwords Literary Project, you can hear three authors whose work appears in the just published anthology, Tell Tales Vol 1, edited by Courttia Newland. The book celebrates the short story, and that is just what our authors will be doing tonight. Featuring Rajeev Balasubramanyam, the award winning writer of In Beautiful Disguises, Courttia Newland and local author Maggie Gee. They will be joined by Brent Library Service's Black Inc. creative writing project, who will be reading a selection of short stories from their second anthology Turf. There are 8 million stories in the big city, and some of them will be told tonight, so come along and celebrate the wonderful diversity of short stories with us." Contact: Anne Mullane 020 8937 3485.

Local author Maggie Gee writes about Willesden, thinly-disguised. She has published 8 or 9 novels and was short-listed for the Orange Prize in 2002, for The White Family. (More)

Rajeev Balasubramanyam won the Betty Trask Award, and was longlisted for the Guardian award for In Beautiful Disguises. (More)

I've just read the report about the large scale destruction of agricultural land [in Palestine. Ed.], unjustifiable demolition of thousands of homes and discriminatory licensing system, in the latest Amnesty magazine. Houses are often blown-up in the middle of the night, with occupants only given minutes to evacuate the building with their children, no time even to collect their belongings. ETC ETC

Furthermore they are trading on the Holocaust. They have harnessed it like a river to hydro-electric generator, and they will not stop till they have extracted all the violent energy from it and expended it on their neighbours, and destroyed all around them. In effect what we are seeing is a slow tantrum, of colossal proportions, a slow-motion re-enactment with hidden pleasure of everything that was done against them.

Where are the United Nations now? Why invade Iraq but do nothing with Israel. Why can nobody stop the annexation and destruction of land. This is a lawless world.

They are allowed to stockpile hundreds of nuclear weapons, probably trained at population centres around the Middle East, with impunity. If some other country tries to acquire a microgram of something radioactive, the entire world jumps on them and kicks the hell out of them.

There is no truth in the Roadmap / The Peace Process - it's all crap. Israel is out to annexe as much land as they can, and they won't stop till they are forced to. They don't give a damn about Arabs, whom they treat as subhuman, or without rights.

The US is simply continuing where it started at home with its native Americans, happy to see the disappropriation of indigenous peoples in order to install their friends and clients instead.

As for the UK government, its position is beneath contempt. It has no position. They should all be kicked out at the next possible election, even if it means a Conservative government. Labour needs punishing, and it's worth suffering under the lousy Conservative spivs for four or five years, just to tell Blair clearly what we think about his treachery. If you're going to have a Conservative government, have a genuine one, not a hypocritical, mealy-mouthed, secret one.

Jack Berry's Bicycle Factors. All bicycle pumps supplied and serviced. You've tried the rest now try the best. Why not try our clips too? Only 75p the pair. 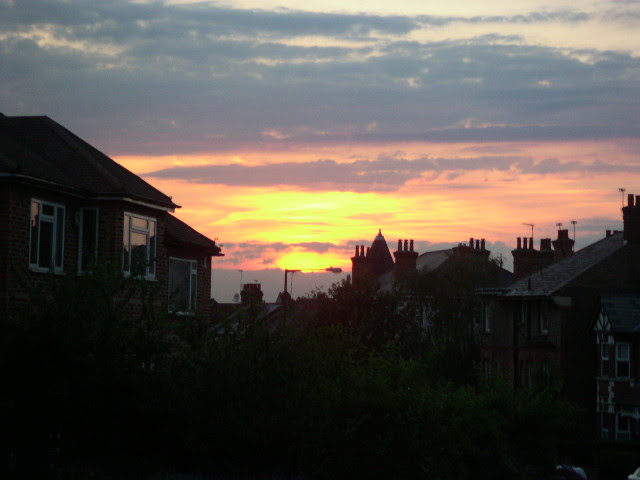 Rescue the Dead by David Ignatow 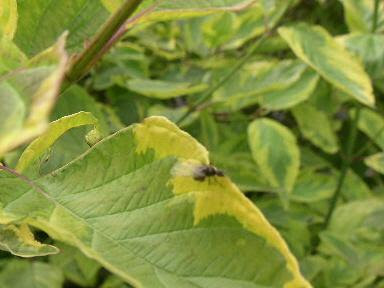 From Willesden High Road all the way to Herald House, a swarm of giant flying ants has descended. We call for emergency ornitholigcal [nice try, Ed. Feargal] entomological teams to be sent to Willesden immediately and for a state of emergency to be declared. One of the creatures was photographed by our brave photographer before he had to run for cover. 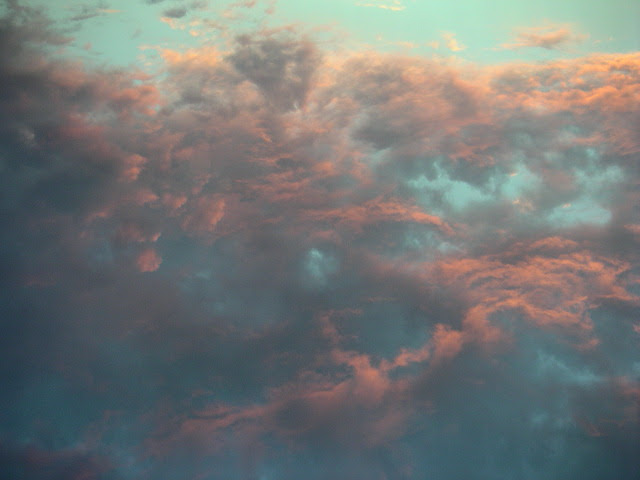 Last night we showed you how the sea is freezing off the coast of Alperton. Tonight, after just 24 hours we reveal how it has been tranformed into a coral reef, with lush seaweed swaying in a turquoise lagoon. 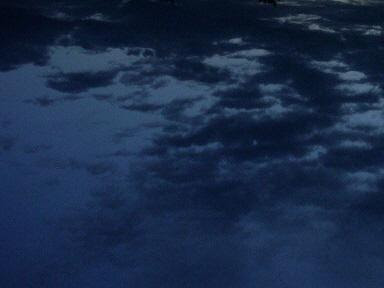 This satellite photo (taken tonight) appears to show the sea partially frozen off the coast of Alperton.

Willesden Observatory
Posted by wire: 3:18 am No comments:

Roll up, roll up!

It seems our exclusive picture of George Bush in underwear / vest has doubled the traffic to this site. Well if that's what you're here for, step right this way.

Email ThisBlogThis!Share to TwitterShare to FacebookShare to Pinterest
"What're you rebelling against?"

"'The only thing an actor owes to his public is not to bore them,' Marlon Brando once said. Throughout his 80 years, Brando could be enraging, enthralling, mysterious and exasperating. But Marlon Brando was never boring."

In a memo to the editor, Herald Proprietor Ed Woodward has called for "a day of international maundering."

Email ThisBlogThis!Share to TwitterShare to FacebookShare to Pinterest
Labels: Woodward
Pictures from Saturn

Willesden Space Centre promises even better pictures after its spaceship Zadie-1 reaches Saturn, which is expected to occur when the Moon is in the seventh house and Jupiter aligns with Mars.

Willesden Observatory
Posted by wire: 2:34 am No comments: