Let's kick sexism out of football

"No child born to die" campaign

Save the Children
Posted by wire: 9:12 pm No comments:

The library was built and extended through philanthropic donations with a covenant specifying that the reading room be kept as such etc. It was opened by the great Mark Twain in 1900. Now the generosity of former generations is in danger of being undone by the meanness of the present one.
Posted by wire: 4:10 pm No comments:

"At this time of year, folks in rural England walk through orchards to celebrate their apple trees in the depths of midwinter. On Sunday something similar will be happening in Willesden Green, as locals and performance artists gather to reclaim an ancient ritual in an unusually urban setting. The crowds who join this Wassail will be celebrating the local independent shops and community spirit. Along the walk the crowd will be entertained by performances on streetcorners from Glastonbury hip hop sensation Dizraeli, to traditional storyteller Debs Newbold, lovingly gathered and led by performance artist and founder Rachel Rose Reid. Gather at 2.15pm at Willesden Green Tube station for 2.30pm, 23rd January"
Posted by wire: 12:26 pm No comments: 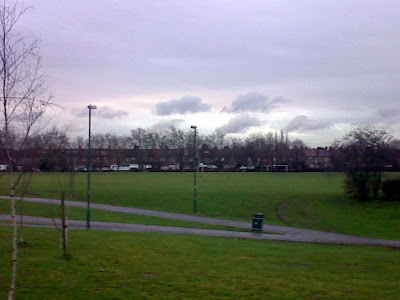 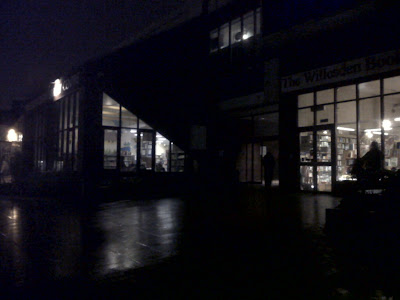 Steve is doing The Ugly Dance. Don't miss it!

Quite amusing is a an understatement (SM).
Posted by wire: 3:32 pm No comments:

Email ThisBlogThis!Share to TwitterShare to FacebookShare to Pinterest
Labels: games

Where all your tax payments go 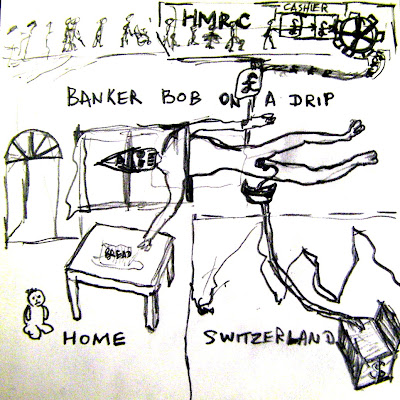 They want to cut the heart out of Willesden


"On 19th January at the College of NW London in Willesden at 7pm there is a meeting about the fact the council want to knock down Willesden Green Library Centre in order to re-build it as a complex with space for social housing. The new complex is due to re-open in 2014. I don't know when the library is due to close but I'm guessing it must be fairly soon. There are lots of questions to be answered, amongst them, why are they knocking down a building that received a £336500 grant from the Heritage Lottery Fund as recently as 2006 in order to incorporate the Brent Museum into the building? ..."
﻿﻿The Library Centre is a marvellous local hub, the best library for miles around. The tables upstairs are usually full of students reading and studying. Quite probably those young people have no quiet place to study at home. There is the council's own One-Stop Shop, the very busy and enterprising art gallery, the Willesden bookshop and not forgetting Brent Museum, which was taken from it's dedicated building the Grange Museum in Neasden not so long ago and rebuilt within the library centre. Who can forget the visit of the Divine Cat on loan from the British Museum, with the pennants and posters all around announcing that mysterious and priceless visitor? (Its long-suffering security attendant had to sit and watch it all day as it sat and watched him.) There are keep fit classes in the meeting rooms, events in the marvellous Studio space upstairs and of course the weekly meetings of the Willesden Green Writers' Workshop, winner of an Arts Council prize for community publishing.﻿﻿
﻿

About half of the space in the centre is currently unused because the Bellevue Cinema was allowed to fall into dereliction and closed and Gigi's café bar, where there used to be jazz one or two nights a week is now empty and has been for some time. Visitors to the cinema and to the many events in the library centre used to provide much of the custom for Gigi's. The feasibility of such events has been degraded since the council allowed the dereliction of the cinema and the closure of Gigi's. Now we know what they must have had in mind.﻿
It's a good bet they will squash some kennel-like flats into the space occupied by the centre's car park, stuff some plasticated chain stores into the hub of the library centre and put back some fig leaf of a bookstall, as happened in Northolt (see linked report). The end result is likely to be another dormitory, more industrial feed troughs, further homogenisation and commercialisation, another step further away from being human and towards becoming like an ant colony.
Ed.

Farewell to a great

I knew this song before I ever heard of Gerry Rafferty. I didn't know his life was so troubled, always imagined him living easy having escaped the rat race. His ethereal music and clear, melancholic words will live forever. (SM)
Posted by wire: 9:03 pm No comments:

Work underway on The Spotted Dog 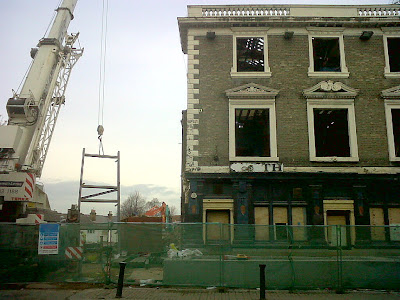 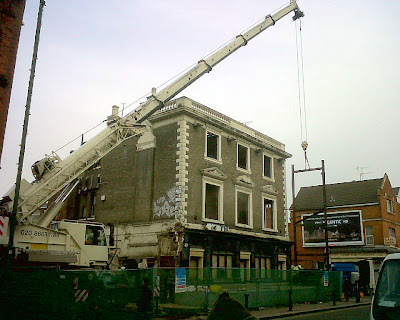 "Musician, entrepreneur and chef Levi Roots makes his first appearance as a radio DJ on New Year's Day, hosting a two-hour special dedicated entirely to lover's rock. The show will include live sessions from Janet Kay and Carroll Thompson, as well as an interview with Denis Bovell. Levi Roots says: 'I can't wait to share my passion for reggae music with Radio 2's listeners.' "