"London's display at the closing ceremony of the Beijing Olympics has been ridiculed in China, with the media mocking mayor Boris Johnson and deriding the British for laughing 'about their own stupidity'."

I thought the performance was unbelievably naff. Who are the idiots who think that rolling around on the ground and pictures of graffiti are cool. Boris was right out of order in not showing respect. You don't have to approve of what goes on in China to want to maintain some dignity when dealing with them.

The sound system obviously had not been checked or else somebody must have sabotaged it afterwards. The bus concept wasn't necessarily fatal, but the content was feeble in the extreme. What has a kitschy and tacky old rock dirge got to do with sport? Titan Sports Daily was right in saying that Leona Lewis and Jimmy Page were not famous enough. Why couldn't they have got Paul Weller, Robbie Williams or even George Michael, and why not Madonna, Diana Ross, Tina Turner or other London residents. Tom Cruise? Hell, they could've probably got Bob Dylan or even Prince William. Imagine if they'd commissioned Bob Dylan to write a new song and perform it and had Prince William and Bob Geldof. Anything but what they had, frankly.

There are some imbeciles involved in the presentation of London 2012. Is it an advertising agency or what? Who came up with the lousy logo? Ah, who cares.

I know a lot of nice old people, but the fact that they are nice doesn't mean I would want them running anything important, never mind something like the U.S. presidency. In this video John McCain repeatedly contradicts himself on every question. What it means, in effect, is that he is being run as a figurehead, and that should he win the election, the U.S. will continue to be governed by a hidden unelected cabal of plutocrats, with no ideal other than self-aggrandizement. 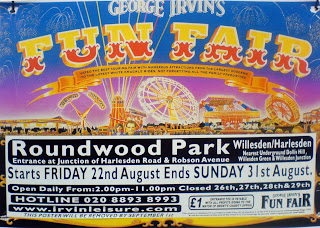 Massive summer fun fair in Roundwood Park from Friday 22nd to Sunday 31st of August. "Voted the best touring fair with numerous attractions from the largest dodgems to the latest white knuckle rides, not forgetting all the family favourites".
Posted by wire: 1:15 am 2 comments: 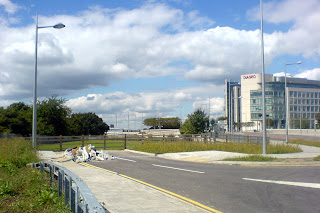 Somebody dumped rubbish near Diageo's doorstep: poetic justice after they dumped their hard liquor and ginger ale adverts in kids' homes at tea time.

Pulp.net has agreed to sponsor the forthcoming Willesden Herald short story competition. There will be a special edition of Pulp.net with the top three stories, a seriously good celebratory event for the results, as well as prizes of £150 for the winning story and £100 each for two runners up. The competition remains free and open. (How to enter)

Pulp.net magazine is a non-profit organisation which promotes the art of fiction, has a distinguished author list and history. It is also a great read.

"Chinese authorities have sentenced two women in their 70s to a year's 're-education through labour' after they applied to protest during the Olympic games, a relative said today. This week, officials said they had not approved a single permit for a demonstration, despite designating three parks as protest zones." (Guardian)

Gorilla grieves over death of her baby - Telegraph

"A female gorilla has been photographed grieving over the loss of her baby, showing a strength of emotion rarely witnessed in the animal world. [...] Visitors wept as Gana held her lifeless child up in the air, vainly seeking to restore movement to his lolling head, his limp arms."

Closing date in September, experts choose short list to be printed in TLS in October, and readers vote for the winner. 1st prize £2,000. 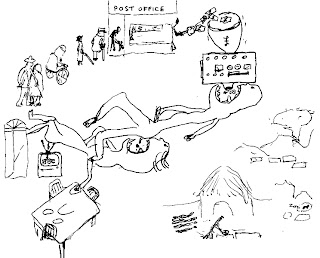 Why Obama has blown it

a) You don't go on holiday in the middle of the most important events of your life.

Anyone who runs a small business, a shop or a service and who hasn't been able to take a holiday for several years because times are hard, is not going to vote for somebody who is lolling on a beach in Hawaii. Meanwhile Russian tanks are rolling across Europe again, people are being blown to bits in Iraq and the economy is in turmoil. Pass the sun cream.

b) You don't say "Answering that is above my pay grade" in a town hall meeting or debate with the other candidate.

No matter that it was an awkward question about abortion, you've got to answer and share your opinion. McCain answered instantly, of course - the wrong answer, but at least he answered. If you don't have a ready answer, the way of explaining that is not by saying that it's "above your pay grade", you simply say that there is no easy answer and take it from there.

c) He should be planning to end the war in Afghanistan, not to escalate it.

Afghanistan is an unwinnable war. All such remote invasions are doomed to failure, because in the end the invader has to go home, and the enemy is never going to surrender. Ergo, when the invader goes home the enemy has the victory. Let them sit and plot there, and simply use intelligence, vigilance and restrict their supplies to foil their efforts.

He better put Hillary Clinton on the ticket, because he surely needs her now. 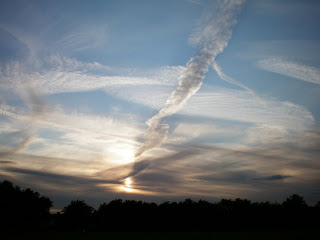 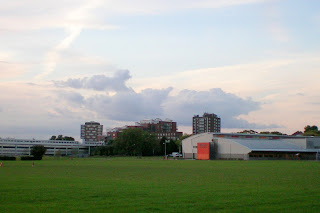 The Captains and the Kings- The Dubliners. Words: Brendan Behan

RTÉ News: Death of Ronnie Drew is announced: "Mr Cowen said that the Dubliners singer had been an iconic figure in Irish music over the past five decades and that his unique singing voice had been enjoyed by many people."

R.i.p. Ronnie Drew (1934-2008). It's like losing an old friend. A wonderful voice. I think of this "The Captains and the Kings", with the words of that other great Dubliner, Brendan Behan. At the flower show our big marrow/Takes the prize from Evelyn Waugh.

Also his voice on "Love is pleasing", "The leaving of Liverpool" and not least "The Zoological Gardens": Says she to me if you don't come soon/I'll have to get in with the hairy baboon" (Dublin street song). The Dubliners had two hits in the U.K. with Ronnie's voice, "Seven Drunken Nights" (a number 1) and "The Irish Rover" (with The Pogues).

Tribute to Ronnie Drew with U2 and Shane MacGowan

"A pint of plain is your only man" words by Myles na Gopaleen (Flann O'Brien).

Ossian for Newsmusic Desk
Posted by wire: 5:55 pm No comments: 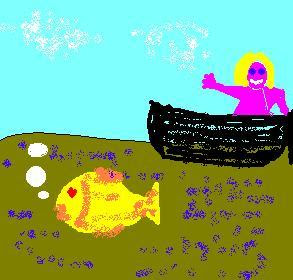 Stand by for some exciting news from the Willesden Herald short story competition.

* A thousand apologies to everybody who arrives here googling for things such as "orbi et urbi" and finds this sort of thing. Ed
Posted by wire: 5:31 pm 3 comments:

Last into the water is a lazy swine

How marvellous that Gordon and all the authorities are away on long summer holidays. I am one of the people paying for them to loll around, and I can't afford a holiday. The IRS ("I have determined that you need to pay me...Contact me..." - Gordon's voice?) are screwing me for more than I have available and threatening to destroy me and send bailiffs to seize my goods and chattels. Oh look - a jet ski!

(By the way, if the jet ski isn't the most moronic invention ever, then Gordon Brown isn't a butler.)

"Sources inside the stadium told The Telegraph that Liu was left lying in agony on the set for more than 50 minutes before she was attended by paramedics because of the strict security cordon which had been thrown around the rehearsals.

Zhang Yimou, the celebrated director who took the plaudits for Friday's opening ceremony, visited Liu after her six-hour surgery to express his condolences for what had happened.

'You're the deepest pain in my heart,' Zhang was reported as saying. 'If I could see you stand on your feet again, it would make me much more excited and happier than any praise I've received.'"

The opening ceremony was fantastic. Zhang Yimou is a genius. But it was too much, in fact. Better that it had been more humane, and the real singer could have sung, the real fireworks could have been seen, and a dancer might have received the emergency medical attention she needed. All is phoney. All is pretence. And the same thing happens everywhere, but it's worst in dictatorships, always has been and always will be. They build their oafish and transparent lie out of the broken bodies of ordinary people.

This includes a marvellous impromtu reading of a previously unseen poem. A joyful outdoor scene. 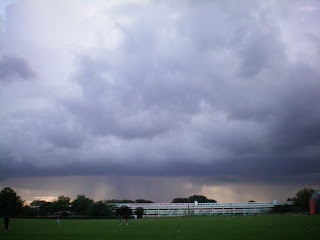 This is what we're up against

Al-Qa'eda in Iraq alienated by cucumber laws and brutality

"Sheikh Hameed al-Hayyes, a Sunni elder, told Reuters: 'They even killed female goats because their private parts were not covered and their tails were pointed upward, which they said was haram.
'They regarded the cucumber as male and tomato as female. Women were not allowed to buy cucumbers, only men.'
Other farcical stipulations include an edict not to buy or sell ice-cream, because it did not exist in the time of the Prophet, while hair salons and shops selling cosmetics have also been bombed.
Most seriously, Sheikh al-Hayyes said: 'I saw them slaughter a nine-year old boy like a sheep because his family didn't pledge allegiance to them.'" (Telegraph)

It is a fight to the death with these moronic Al Quaeda fuckwits. We have to eliminate every last one of them, and not half-finish the job. Roll on the day Bin Laden and his ugly bedfellow Zawahiri are brought to court or riddled with a hundredweight of lead. 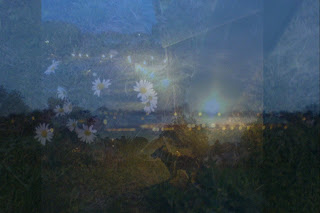 "'What has this event given to China?' It was supposed to bring China into the west. But all it has achieved is the demolition of great swathes of traditional Chinese life. All that's left now is the Communist party and possibly 80 national leaders attending the opening ceremony and a few sportsmen fighting over gold medals.'" (Ma Jian)

Definition of the Olympics: A quasi-religious festival of humbug and hypocrisy to distract the masses from tyranny, while plying them with worthless consumer tat.

"[There] are still some slots for readers, if you're interested

Ai Weiwei: Why I'll stay away from the Olympics' opening ceremony

"When I helped conceive Beijing's Bird's Nest stadium, I wanted it to represent freedom, not autocracy: China must change. [...] We must bid farewell to autocracy. Whatever shape it takes, whatever justification it gives, authoritarian government always ends up trampling on equality, denying justice and stealing happiness and laughter from the people." (Ai WeiWei)

The Paris Review - The Art of Fiction No. 94 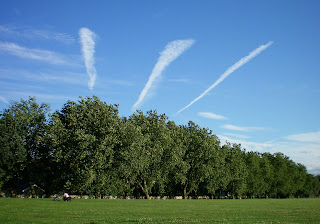 Planes disappear in the Willesden Triangle
Posted by wire: 8:04 pm No comments:

Last episode of the present series: Piddler on the Roof (expires in a few days)

"It'll not be the first time I've performed concussed, and I certainly hope it won't be the last" (Count Arthur Strong)

Did I mention before that this is the funniest thing in the world? If you have any ailments, take this and call yourself in the morning.

Update: You can see and hear the abovementioned noted thespian here.