Cartoons by Zoz, by jingo


A homemade slideshow of cartoons by Zoz, aka Smoran. Now with added pleasant music, courtesy of YouTube Studio, credit unspecified.
Posted by wire: 5:36 pm No comments:

Wonderful scenes down Petticoat Lane market in the East End of London, circa 1900. Does that sort of joy even exist anymore? (Ed.)

Short Story of the Month, December 2021

December 2021: Not Like a River, But a Tree by James Roderick Burns

“Seated again, he closed his eyes. Now and then he had sampled High Anglican services (had, in fact, dragged along both Maureen and the children) where the priest broke out the censer, smoking the pews like a beekeeper gently rousing his charges, but he preferred things here in the cathedral: high enough, quite solemn to be sure, but musical and slightly imperfect; human, somehow, and all the better for it. Sometimes he’d invited people from the office."

James Roderick Burns’ short story collection, Beastly Transparencies, is due from Eyewear Publishing in 2022. He is the author of three collections of poetry – most recently The Worksongs of the Worms (2018, haiku) – and a short fiction pamphlet, A Bunch of Fives. His work has appeared in a number of journals and magazines, including The Guardian, Modern Haiku, The North and The Scotsman.
Posted by wire: 8:38 am No comments:

Short Story of the Month, November 2021

November 2021: The Blood of Our Virtue Smells Like Dirt

Her mouth is wide and painted royal blue, her teeth stark white in comparison as she bares them at the ceiling in thought. She can pass for a corpse pulled cold from the salty water of the ocean outside her window, frail and blue and perfectly preserved.“What do you want to be?” She asks me.

Jessica Fogal lives in the beautiful Pacific Northwest (USA), where she’s a full time legal assistant, amateur street photographer, and author. She’s been published in The Ilanot Review and has had many prints showcased in art galleries such as Terrain Spokane, and continues to use her lifelong passions for performance, visual, and literary arts as an inspiration for her creative writings.
Posted by wire: 6:57 pm No comments:

The fight for the soul of Spitalfields

"Tonight, Tuesday 14th September, Tower Hamlets Council’s Development Committee makes its decision upon the Truman Brewery’s controversial planning application for a shopping mall with four floors of offices on top, as the first step in the redevelopment of the entire brewery site into a corporate plaza." (More)

Short Story of the Month, October 2021

“Al Nash kept the dark secret of his hair loss hidden under his favorite blue canvas Navy cap, and pulled it even lower as he told his son, Troy Nash, about Robert E. Lee …”

The scene is an S-bend where the road crosses the Chiltern Line. There's a blind bend at each end of the bridge. Here's hoping no one was badly injured. (Ed) 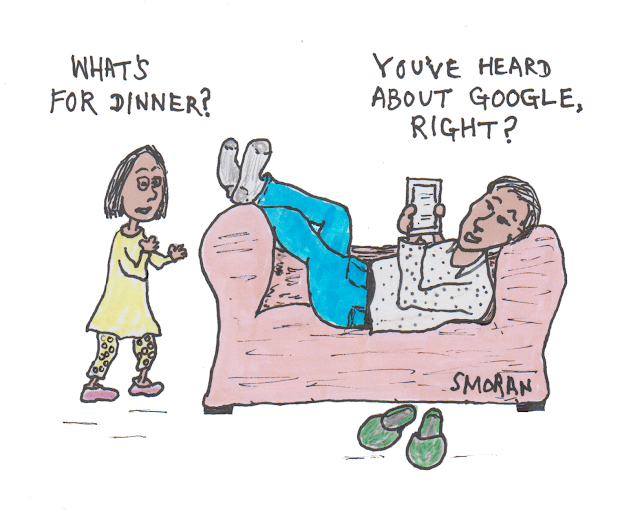 One or two police cars have been parked in the driveway of the same house for the past few days. Today there are crime scene tents and the road has been completely closed, including to pedestrians. If you are on foot, and need to get to the other side of the closure, there is a very narrow, winding alleyway that connects South Hill Grove to South Vale.
Posted by wire: 1:01 pm No comments:

"Attention: Why are you dumping rubbish?"

The shop is opposite Sudbury Hill underground station.
Posted by wire: 3:08 pm No comments:

Walk-in centres are available for anyone at all to walk in and get your Covid vaccine. It's free and you don't need an NHS number. Click here for links and details of London walk-in mass vaccination centres

It's not looking too good for Wood End Library and Children's Centre, Whitton Avenue West, in the borough of Ealing, this Sunday.
The library is next door to a very large school population from Wood End Infant School and Greenwood Primary school.
Posted by wire: 4:09 pm No comments:

It looks like white paint has been hurled from a can repeatedly at a government poster that says "Join the millions already vaccinated." The area around the poster is covered with splashes of paint from this very sloppy bit of vandalism.

Update 23/6/2021: The worn-out hoardings on that side of the road have been completely renewed, pigeons evicted from behind them and the edges sealed. There are two matching billboards on the other side of the street, and those are in an equally decrepit condition, with pigeons nesting behind them too. It's a pity for the pigeons but in that location, there are so many that they could be a health hazard to passersby. [Not the only health hazard around there. Ed.]
Posted by wire: 4:48 pm No comments:

The sad, shameful demise of the Whitechapel Bell Foundry

The sad, shameful demise of the Whitechapel Bell Foundry https://t.co/YIeKthPLdo

From The Yard to Tiffty's Tavern and from Maher's to Moloney's

The font and colours suggest "an Irish pub." There are Irish pubs all over the world, and if the Irish state had marketing rights, it could probably live on the proceeds. But like the Murphy's, we're not bitter. My California/Filipino air steward friend says wherever they stopover, she always looks for the Irish pub. From Kuala Lumpur to Montevideo, from Cape Town to Anchorage, Alaska [You just made that bit up, didn't you? Ed.], you'll see the Gaelic font and assorted bicycles, mirror adverts etc and find a cold pint of the Dublin ambrosia awaits you, though it might have been brewed in Nigeria. So wherever you may be, "Sláinte Mhaith!"

So, what gives? Is there really someone called "Tiffty" and was there someone called "Gerry Mac"? It seems unlikely. Further down Greenford Road, the same sort of name-changing has been happening with what was Ryans Bar, which then became Tommy Maher's Irish Bar and lately Moloney's Bar.
According to WhatPub.com, Moloney's Bar was previously named Dugout Sports Bar, Ryan's, Maher's Irish Bar, West Bar, Old Bull and Captain Morgan's.
Harry Lemon
More info: What Pub - Tiffty's Tavern, What Pub - Moloney's Bar
Posted by wire: 1:25 am No comments:

Day of the Flying Leaves by Stephen Moran

“Like everyone, I go around imagining things, trying to identify what I see and hear and conserving memories. My poems are thoughts portrayed in words, in the belief that sometimes a word is worth a thousand pictures.” (Stephen Moran)
Day of the Flying Leaves (Selected Poems) by Stephen Moran, Amazon/Kindle, 2021
Posted by wire: 9:20 pm 1 comment:

Short Story of the Month, December 2020

The Willesden Herald Story of the MonthDecember 2020: Christmas Present by Lynsey Rose

“I wrote this a few years ago, when we were asked to write a story with the theme of Christmas for my writing group. Of course, Christmas is a crappy theme so you have to go the full ‘Carrie’ with it. Happy Christmas!“

These lifts, when complete, will enable step-free access from the platforms to the ticket hall. From there to the street is already step-free. However, from platform to train is not.
Posted by wire: 3:18 pm No comments: