Beware the snap election; these gadarene swine are going to make a run for it.*

*If they don't hold the General Election before November, Blair will be exposed as a supporter of the crypto-fascist Republican Bush campaign, against the Labour party's natural Democratic party ally and all-round better candidate, John Kerry. Can you foresee photo opportunities with the PM alongside, while Bush struts and preens like Hitler in his Camp David Berghof? Ed.
Posted by wire: 1:11 pm 1 comment:

Ideal for privies and sepulchres 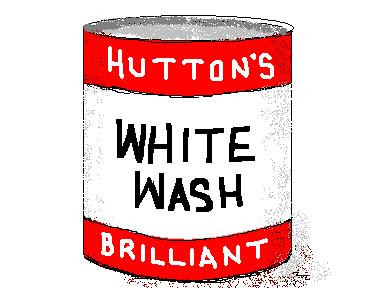 Now you know why they're called Privy Councillors.

Great news for hoggets and ewes 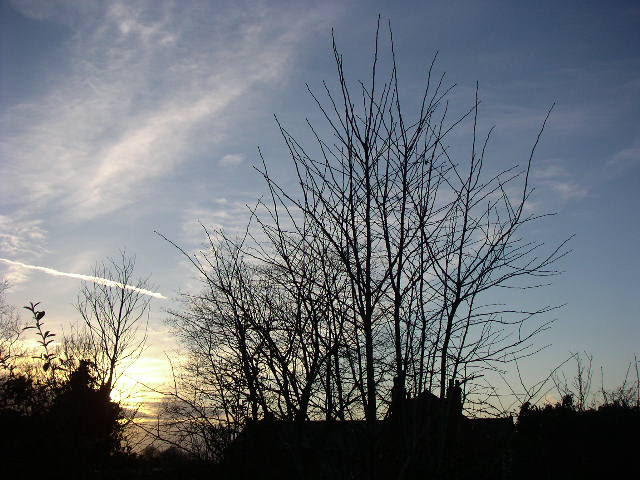 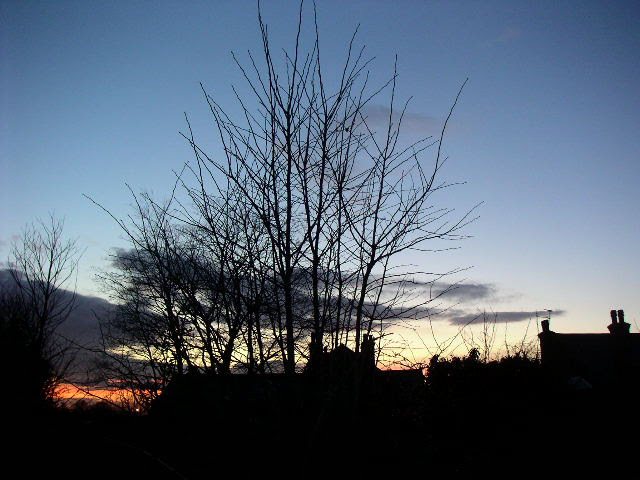 Prestigious scientific publication for your enterfication

Things don't move, they grow in timespace. Nothing ever moves, unless you call growing moving. Everyone and everything is connected like a flower to its roots in timespace. There is no such thing as the past only the present, and everything we think of as past is co-present, and still growing. This is the solution to Xeno's paradox, that it is actually impossible to move from A to B, but that one can grow from A to B. Thank you. (Please forward the Nobel prize notification to the Herald, for my attention.)

The Manchester Evening News has the video online of Delbo King being kicked by the police, and having his head bashed on the door jamb of the van as they shove him into it. Link.
Posted by wire: 5:39 pm 1 comment:

Email ThisBlogThis!Share to TwitterShare to FacebookShare to Pinterest
He's 'been away' for a while, but now he's back. I just read the final chapter. You'll have to buy the book if you missed the earlier episodes.

The lame and the meretricious

We have an expression in Britainamerica, it's "Would you give us a break."

Have they gone too far this time? Will they stop at nothing? (Yes, at nothing - probably.) Not for the faint-hearted: The Pornolitical Issue.

We're keen to hear from the Liberal Democrats (we love triers.) Not fussed about hearing from the other charlatans, the pretend Labour party, and the pretend Tory party. Why should the Willesden Herald not support the Liberals? Oh, and can we drop that stupid Democrat addition (the gang of four? give us a break.) Liberals, that's what we want, proper Liberals. Never mind what Feargal and Mikey say, this is Ed here. [Note: he is not the editor. Ed.] I am a Liberal.

We've given the Labour party a hard time here, but I want to give them some credit for improvements in infrastructure, education, and the health service, which are becoming evident all around Willesden.

Uffington Road secondary school has been rebuilt and was opened last week by the Prime Minister as a new City Academy. It will specialise in sport (the only one in the country) and is alongside Willesden Sports Centre and Stadium which is scheduled for demolition and rebuilding to much higher standards over the next three years. Just down the road, Willesden Local Hospital is undergoing huge rebuilding works. The roads have been relaid and some of the pavements renewed in great style, all around where I live. All the old sodium lights have been replaced with modern ones, which nostalgia aside, provide much better lighting; in fact they turn night to day. [Is this a good thing? Ed.]

I happened to find out, by chance, the inventory of IT equipment at one of our local primary schools - a lot - with plenty of support to back it up. Looking at pictures of classrooms there and the smiling children I wondered what on earth children have to complain about here; their environment is lush with space and resources and teaching assistants and everything on earth they could possibly need. What it's like for them at home, I don't know. I have personally seen some improvements in the Health service. NHS Direct is a brilliant innovation: you phone them if you don't know whether you need to see a doctor, and an expert professional tells you what you need to do. I was astonished to be seen almost on time at a recent appointment (it didn't last, they went back to being two hours late on a subsequent occasion.)

I haven't got the expertise to know whether a City Academy is a good idea educationally, and I don't know if the PFI is terrible thing or not. People say it puts us in hock to the private sector - but (shush - don't tell them) they can be controlled on an ad-hoc basis. I can't really see anything wrong with the idea of the government buying in services from non-state suppliers. As long as the public gets the health service, and the education etc etc, it's sensible for the government to try and deliver them economically. Where they can go wrong is where they are stupid enough to fall for false economies and unrealistic tenders. I can confirm from personal experience that government bodies almost always give out work to the supplier who quotes the lowest price. This has led to ridiculously unrealistic quotes followed by horrendously over-budget projects. All this false economy, and penny-pinching can be traced back to that miserly old hag, Margaret Thatcher. Who else would abolish school milk for children?

The idea that tax has to be cut continually is a Thatcher legacy, and now the Conservatives are playing the same tired old tune again. When will people rumble this shabby trick? It's one thing that other countries seem better able to understand, the need for investment at realistic levels, and the benefits that flow from it. It's the backward looking, niggardly strain in British society that drags everything down: the railways, the building projects, the societal relationships.

Don't let the creepy old Tories capitalise on Labour's ineptitude. It's time for a new Labour leader, and a new confident era of investment and hope.

By public lack of demand 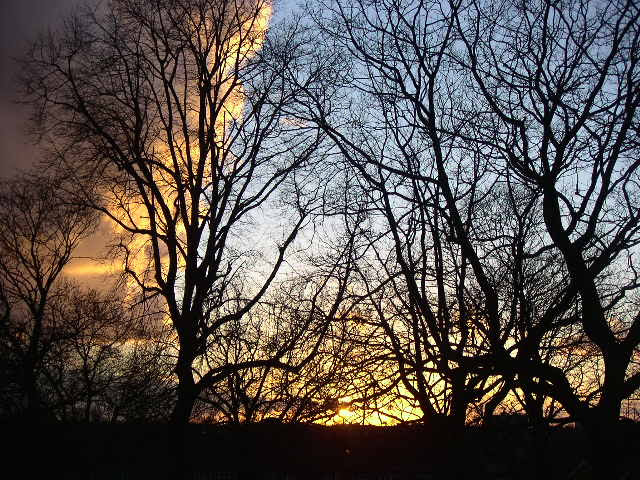 WMD issue is a trap for the opposition

John Kerry should not base his campaign against Bush on the lack of WMD in Iraq. It is too easy for Bush to pull a stunt before the election and claim to produce WMD from Iraq. The same applies to the opposition here in Britain, don't fall into this elephant trap. 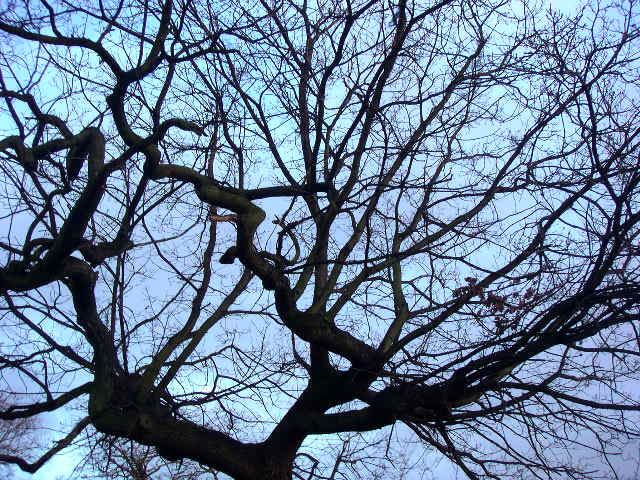 Cranes in the distance building the new Wembley Stadium

PM must resign, for Negligence or for Lying to Parliament

Forget the dossiers. This is a much more serious issue.

If Mr Blair really was sure that Saddam could not strike Cyprus, Europe or neighbouring countries with WMD when he launched the invasion, then he lied to Parliament yesterday by saying that he didn't know. The rule is if you lie to Parliament, you resign. If he really didn't know, and didn't even bother to ask, then he must resign on the grounds of incompetence or, more appropriately, Criminal Negligence.

There is a third possibility, that he really believed Saddam could strike British bases in Cyprus or other long range targets with WMD. Along with this is the possibility that he believed the invasion force could be hit with WMD. In a way, this is the worst of all possibilities. It shows reckless endangerment of troops who didn't even have the right equipment to defend themselves, for one thing.

Oh what a tangled web we weave,
When first we practice to deceive.

Greg Dyke should take his case to an Industrial Tribunal, receive compensation and be re-instated. The real culprits in this affair should be put on trial.

Email ThisBlogThis!Share to TwitterShare to FacebookShare to Pinterest
After turning Pro at 16

matches out of his first 76

The Willesden Herald has today been declared bankrupt and ordered to cease trading forthwith. I have been appointed Receiver, and I shall be contacting all Creditors over the next few days.

Hurry down to the Court's massive D.I.Y. Absolution Sale for our special offers. Two cans of Hutton's Privy Whitewash for the price of one!* Hurry, must end before elections! As seen on the BBC.

If you haven't checked out Riley Dog, you are missing one of the best streams of quotes around. Here's what the dog brought in today:

"The syndrome known as life is too diffuse to admit of palliation. For every symptom that is eased, another is made worse. The horse leech’s daughter is a closed system. Her quantum of wantum cannot vary."

"There is a generation, whose teeth are as swords, and their jaw teeth as knives, to devour the poor from off the earth, and the needy from among men.

The horseleach hath two daughters, crying, Give, give. There are three things that are never satisfied, yea, four things say not, It is enough:

The grave; and the barren womb; the earth that is not filled with water; and the fire that saith not, It is enough."

I mean what do I do now? Y'know. If I don't have another inquiry then people will turn the next General Election into Court of Appeal on Hutton's whitewash, encouraged by this rag. If I do setup a new inquiry then it will be seen as either another whitewash or a condemnation. This is boring.

Next General Election is the Court of Appeal

The British government had decided in advance to join the U.S. invasion of Iraq, regardless of any evidence. The present White House tenants were cunning enough to say they didn't believe in presenting dossiers to support their case, but the tenants of 10 Downing Street thought they could brew up enough plausible-looking hogwash to gull the average Briton.

So be it. We don't need any further investigations - we can deliver our verdict, as jury, at the next General Election. Not-so-New soap powder Labour will face the following difficulties when they appear before the court of the people:

1. Their manifesto pledges are written in erasable ink.
2. The BBC hates them.
3. Council Tax payers hate them.
4. Car drivers hate them.
5. Pensioners hate them.
6. Farmers hate them.
7. People in the public services hate them.
8. Eurosceptics hate them.
9. Michael Howard is the most effective leader of the Conservative Party since Thatcher.
10. The Liberals are a laughing stock.

I could go on, but I don't want to spoil the suspense of election night. Will we have a Harriet Harman moment to match the Portillo moment? Will Brown's career be scuppered along with Blair's when they crash, or if not will he lead Labour into repeated failure? He's not so great. Let's be honest, Gordon Brown is a bit of a smug, smarmy, pretentious, "You'll have had your tea already" kind of Scot, isn't he? Will the Son-of-Thatcher look back with a teary eye as he gets into his limo for the last time outside number 10, just like The Mummy?

Things can only get better.