It's looking great. The book is a bit stiff because it's brand new. Here I try to flick through the pages while it does its best to resist. (Steve)
Posted by wire: 1:28 pm No comments: 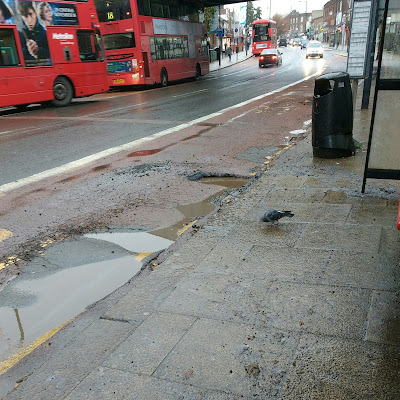 The state of the road is dangerous for traffic, cyclists and pedestrians, with a series of very deep potholes. Not only that but the spray of rainwater and broken bits of asphalt has covered the bus shelter seats this morning and is making the bus shelters unusable. There are more potholes of a similar size just out of view in this picture. One big one is obscured by the (broken) litter bin that you see there and there are more behind the camera viewpoint.

This is a busy bus interchange area, with several stops on each side. It's the terminus for the number 18 and also serves several other bus routes, including the 92.
Posted by wire: 1:29 pm 1 comment:

"I've seen the future brother, it is murder.
The blizzard of the world has crossed the threshold
And it's overturned the order of the soul..."


I swear it happened just like this
A sigh, cry, a hungry kiss
The gates of love they budged an inch
I can't say much has happened since
But closing time...

In his heyday, with an intro explaining how he doesn't care that the rights to this song were stolen from him
Posted by wire: 12:39 pm No comments:

This is a copy of the newsletter that went out this evening to all our subscribers.
The shortlist is in.The book is with the printers.And we’re going to have a wingding.
Dear reader, thanks to those of you who entered or took an interest this year. It was a privilege and an adventure reading the submissions, of which there were 344. And it wasn’t easy narrowing them down to just ten, there was fierce contention for the places on the shortlist. Below you will see the ten stories that made it all the way. On December 8th in Willesden, Katy Darby will reveal which one has taken the Willesden Herald short story prize 2016. Cheers, Steve Moran (Editor)
RESULTS & BOOK LAUNCH
With excerpts from the short-lsited stories read by actors from Liars’ League
The Performance Space
Willesden Green Library Centre
7:30 pm – 9:00 pm
Thursday 8 December
Facebook Event: https://www.facebook.com/events/1298863413481275/ 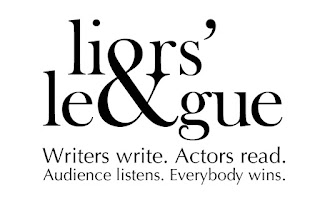