History of the Kodak factory in Harrow

Now set for closure, The Kodak factory "continued to grow throughout the twentieth century, and by 1965, occupied a 55-acre site, employing at its height ... over 6,000 people." From: A History of Kodak in Harrow | Harrow Online
Posted by wire: 11:40 am No comments:

It’s been a while. We’re going back to a simpler time when the first prize was an inscribed mug. Supported by Liars' League. Closing date for entries will be August 31st. All the details are on our Submittable page. Looking forward to reading for Willesden Herald: New Short Stories 9.

We are delighted to announce that this year's story competition is supported by the mighty Liars' League, the literary spoken word event that is taking the world by storm, after starting in London, and now with cousins in Hong Kong, New York and other cities near and far. For the past several years, the Liars' League company have provided the readings at the Willesden Herald results and anthology launch events, which has made them rather wonderful nights. It's a unique delight for a writer to hear her or his words brought to life by professional actors in front of a live audience. This is one of the things that makes our short story competition so special.

250 jobs at risk in Kodak factory in Harrow

Music. Not the other type of swinging. Or both perhaps. NW2?

"Look, just look, the Vistula is near" 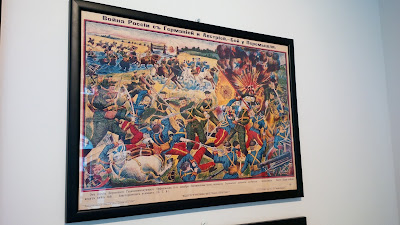 "This exhibition features Russian prints made during the First World War and its aftermath. Taking its title from an early propaganda print produced by Kazimir Malevich, the suprematist painter, and revolutionary poet Vladimir Mayakovsky, the show presents work produced as part of a propaganda effort from the Tsarist war mobilisation in 1914 through to the Bolshevik era and the Civil War. ..." To read on and for full details see
http://www.londonprintstudio.org.uk/…/look-just-look-the-v…/.

At the London Print Gallery, Harrow Road, April 8th to May 7th 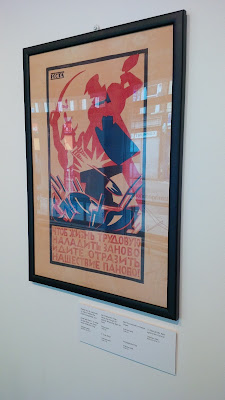 The Institute "in liquidation" - Summer classes in doubt

The Institute in LiquidationThe Institute, which has been providing excellent classes for adults and young people at...

Posted by The Willesden Herald on Wednesday, 6 April 2016

BBC Panorama "Tax Havens of the Rich and Powerful Exposed", suggests that the regeneration of the local Willesden hospital was financed in part by one Chris Hudson who used a Panama-registered company called the Yarrow Foundation. One of the leaked Mossack Fonsaca documents names Chris Hudson as the principal beneficiary. Other documents list transfers of money from Yarrow Foundation to Chris Hudson's London bank account.

The Brent NHS local hospital, now called The Willesden Centre for Health and Care, was built under the then Labour government's Private Finance Initiative (PFI), a scheme promoted by Chancellor Gordon Brown. This is the same PFI that has saddled hospital trusts throughout the country with massive debts, effectively mortgages they cannot afford to repay.

To add insult to the injury of PFI, it now appears that money is being paid into offshore companies, which look like they are designed to avoid paying tax on profits from the UK. Is it necessary to remind anyone that the NHS is supported by tax paid in the UK, and that it is crippled by debts it now has to pay to companies registered offshore, who pay no tax here?

Posted by The Willesden Herald on Sunday, 10 April 2016

Posted by The Willesden Herald on Saturday, 2 April 2016