After saying he is "particularly grateful to the above a million people who have said that I was an acceptable candidate for president" he goes on to make a barnstorming speech. He restates the four pillars of his campaign and asserts that the people have made a choice between the types of vision on offer. "The reconnection of economy, ethics and society is a project we cannot postpone."
Posted by wire: 1:51 pm No comments:

There's a smell of horse dung in the NHS executive lounge

Private Eye exposes the chief executive of the Imperial College Healthcare Trust, which is in the red by £40 million, presiding over payments to a network of companies held by his wife, for "horse-based leadership training" [Is there a word missing there? Ed]. Of course hubby and missus's horse-based training company loses so much money that it has to be subsidised from their other holding companies, for which read "tax write-off". This geezer, Mark Davis, is in charge of an NHS trust that is hiring his wife's loss-making company while at the same time paying £2,000 per day for his services into another of his wife's companies that is channelling money to the first. Clear?

Here's another pile of executive horse dung: The Telegraph highlights NHS executives receiving golden handshakes only to be rehired on exorbitant daily rates. "In one case an official given a £300,000 payoff was re-employed on daily rates of £3,400" (Telegraph)

No wonder there's a revolution starting, we're being taken for a ride.

Feargal
Posted by wire: 1:28 am No comments:

We have no vote here and we want to vote. You have votes over there so don't sit on your hands, get out and vote for Michael D. That is unless you actually want seven years of tedious court cases, allegations and further chiselling.
Posted by wire: 4:12 pm No comments:

Proud to be Irish in the world

"I offer a vision of a radically inclusive citizenship, in a creative society worthy of a real Republic - making us proud to be Irish in the world." Michael D Higgins
Posted by wire: 11:54 am No comments:

Petition the government to save our libraries

From the Society of Authors

If you do another good deed today, let it be adding your signature to the WI petition to save our libraries (open to all). The petition already has over 10,000 signatures and the WI would like to reach 100,000. Any petitions that raise 100,000 signatures trigger a debate in the House of Commons. Please sign the petition and forward to your contacts, and encourage others to do the same.
Posted by wire: 5:31 pm No comments:

Alex Wheatle, author of Brixton Rock and Brenton Brown will share his expertise on getting published. You can join Alex Wheatle, Arcadia publisher Gary Pulsifer and self published author of Wasteland Simon Acland for hints and tips on how to get published.

Michael D in Camden, London, talking to Irish people about votes and remittances, with particular emphasis on 250,000 who left between 1955 and 1960. An 81-year old man who has never voted in an Irish election advocates votes for the Irish abroad. Michael D responds with prospects for a planned review of the constitution and reminds people about the "remittances home". (Michael D Higgins, the President who will do us proud)
Posted by wire: 1:47 pm No comments: 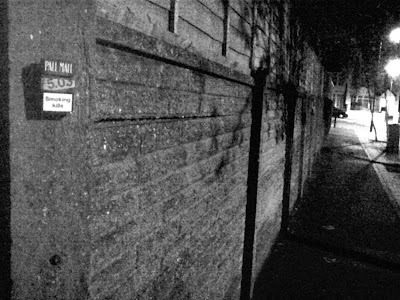 Wednesday, October 19, 2011
GOOD NEWS!!!
Yesterday, the Court of Appeal agreed to hear our appeal on Brent’s decision to close six of the borough’s libraries.  This morning, the Court also made an order to prevent Brent from taking further steps to empty out the six closed libraries until the appeal is heard, likely in early to mid-November.
In particular, Brent is not allowed to either board up the Kensal Rise Library building or remove any stock or equipment.
Over the next 24 hours, we will be taking steps to clear out the protest site, although we may continue to try to run the outdoor library service, weather and volunteers permitting.
WHILE THE IMMEDIATE CRISIS HAS TEMPORARILY PASSED, THERE IS STILL LOTS TO DO IF WE ARE GOING TO SAVE OUR LIBRARY, SO PLEASE COME ALONG TO:
SAVE KENSAL RISE LIBRARY PUBLIC MEETING
TOMORROW NIGHT
THURSDAY OCTOBER 20, 7:30 PM
ST. MARTIN’S CHURCH, MORTIMER ROAD
In the meantime, congratulations and thank you to all who have defended our beloved library!
_______________________________________________
Save Kensal Rise Library! Announcements list

Visit the campaign website for the latest news and ways to get involved
-http://www.savekensalriselibrary.org
Posted by wire: 10:03 pm No comments:

It was a great night with many highlights, not least Robyn Hitchcock's performance of "Dismal City". Phil Jupitus received loud applause and pointed out a library was "one of the few things left in this country where anyone can walk in off the street, old, young, even a tramp ... " [and have access to something educational? - can't remember his exact words]. It made him angry when people were told they could buy it for themselves. He said he couldn't provide a debating-style argument against closing libraries but when he heard people advocate it he felt he "just wanted to punch them in the face."

There is a round the clock vigil at Kensal Rise library to prevent Brent (Labour) council from stripping the contents and boarding it up. They tried instantly after the judgment from the High Court in their favour the other day - now under appeal - but were prevented by supporters of the library. "Brent library closures: judge fast-tracks appeal" (Guardian) 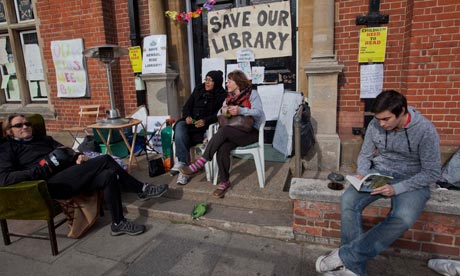 Brent Council is one of the few councils in the country that has not yet disclosed credit card spending by its leaders on expenses. "Council bosses presiding over the deepest cuts since the Second World War are using their taxpayer-funded expenses and credit cards to fund a lavish lifestyle of five-star hotels, Michelin-starred restaurants and retreats at exclusive golf resorts and spas, The Daily Telegraph can disclose." (Telegraph)

"Michael D loves Irish music and he loves Irish culture and all the arts. I love his poetry as well. So I'm very excited about - that he might be our president!" (Sharon Shannon)

Whatever Sharon Shannon says is law as far as I'm concerned. She has a divine link much stronger than anything political, when God speaks through her button accordion. (Ed)

A preview of Michael D Higgins latest campaign video due to be aired on Irish TV before the 6 o'clock news this evening (19/10/2011)
Posted by wire: 11:46 am No comments:

A demonstration of levitation and suspension of an object at various angles
Posted by wire: 10:16 am No comments: 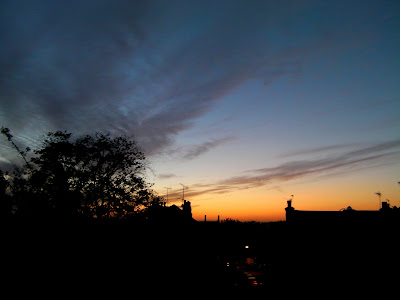 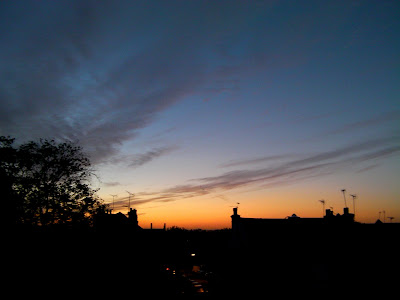 Prompted by a phone call to the newsdesk with tipoff about a spectacular sky outside.
Posted by wire: 7:12 pm No comments:

"I can think of nobody better. Can you?"

An artistic and musical campaign video for Michael D. Higgins
Posted by wire: 4:26 pm No comments: 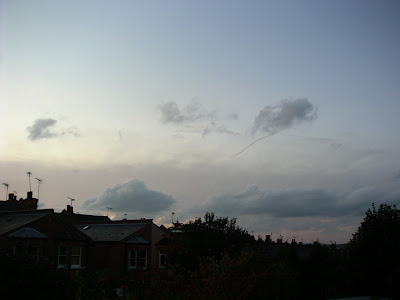 Forget the candidates who are pretending not to be from their political parties. How can you vote for candidates who represent parties they are ashamed to acknowledge? McGuinness with his poor mouth, offering 6/7ths of his income to employ six young people, let him give it all up and employ seven more young people in the tourist industry, which would be damaged if he were elected. And Gallagher from Dragons' Den, with his pseudo-scientific prattling about "the gene pool".

Kilburn and Willesden, let's back Michael D. Higgins - The President who will do us proud, a friendlier face for Ireland. A man of principle, vision and commitment. Listen to his speeches, excerpted in the videos here. If the hair doesn't stand up on your neck, you should probably check your pulse.

Let's have somebody at the GPO in 2016 who represents unity and progress, not somebody who represents division and enmity. Do not let the other charlatans stand there, don't let those responsible for dividing and debilitating the nation and the country represent you in front of the world. They sacrificed unity for their botched and hateful separation, unity that was worth more than all their scrabbling division. Thanks to people like McGuinness the country is divided where it was unified before. It's only with people like Michael D Higgins that any healing or progress can be conceived. Don't chop off your head to spite your heart. Don't be the Ireland that cut off its own head to pull out of the UK. Use your head and your heart and you won't go wrong. 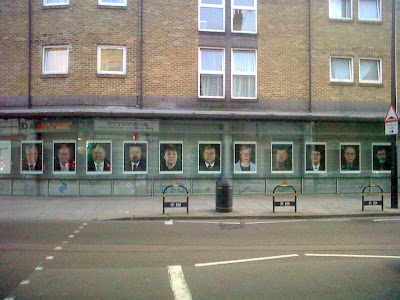 Recorded about 8 pm on Wednesday, September 21st, in Grange Road outside Willesden Library Centre. There is another longer recording of similar angry ranting accompanied by crying and moaning. The recording cannot convey the sheer volume and nastiness of the shouting. Bear in mind that this was recorded on a phone cam from the street, while the meeting was going on upstairs in the library centre behind closed curtains. There is no real need to close those curtains up there, normally.