New Labour on the take

"Des Smith, a head teacher and former adviser to the Specialist Schools and Academies Trust (SSAT), which recruits sponsors for the city academies...boasted to the undercover reporter that he was a regular visitor to Downing Street...Friends of...the curry magnate whose peerage was blocked by the commission because of his secret loan, said he was told by Lord Levy not to declare it." (Times Online)

We revealed this special government offer ("buy two schools and get a free peerage") two weeks before the arrests began. It's just as seamy as the Reagan "Arms for Iran" scandal.
Posted by wire: 8:09 pm 4 comments:

There has been much excited talk about the identity of SuperBuro, the guardian of our beloved Toyocracy. This sort of speculation is not at all helpful at this time. It is essential for SuperBuro's work that his identity remain secret, and careless talk is liable to put Toyocracy and our people in more danger. Therefore I call on the media to desist from spreading rumours, and allow SuperBuro to choose the timing of his interventions without undue pressure. Fellow officials, we have achieved much but there is still much to do: the people still have money, the people still have time. As long as these resources are at our disposal and with the help of God and SuperBuro, our work must continue.

*Please report any sightings of SuperBuro to our newsdesk, especially if you manage to get a picture. Under no circumstances should you attempt to pull the mask off his face, as this can be fatal for superheroes. Ed
Posted by wire: 9:57 am No comments: 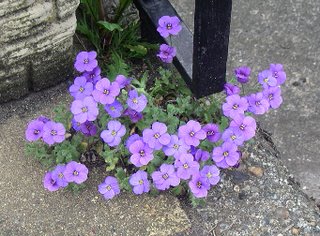 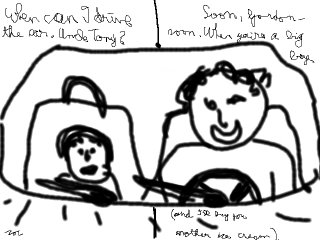 The Human Cost Of Booming China

"The local media is afraid to report what has been happening, but the people affected have spoken out. One woman said: 'They're stealing our homes, it's theft, just theft. 'The poor have no human rights, no way of surviving. We've been everywhere for help.'

"Other people have shot footage including pictures of an elderly man being carried out of his home sobbing. Other film shows villagers being ousted from their land, with groups of hired thugs attacking residents and meeting stiff resistance.

"While many of the poor now live in slums, others are making huge sums of money from China's property boom. There is a land grab on an unprecedented scale and the full force of the state is being used to stop any opposition." (Skynews)

"The Bush Administration, while publicly advocating diplomacy in order to stop Iran from pursuing a nuclear weapon, has increased clandestine activities inside Iran and intensified planning for a possible major air attack. Current and former American military and intelligence officials said that Air Force planning groups are drawing up lists of targets, and teams of American combat troops have been ordered into Iran, under cover, to collect targeting data and to establish contact with anti-government ethnic-minority groups. The officials say that President Bush is determined to deny the Iranian regime the opportunity to begin a pilot program, planned for this spring, to enrich uranium." (Seymour Hersh in The New Yorker)

It goes on to talk about the use of "tactical nuclear weapons". I think the game is called "I'm a bigger tyrant than you" and it's all about how many ordinary people they can kill.

London's literati turned out in force for the launch of two new anthologies from the outrageous Pretend Genius Press.

So engrossed in their reading, they hardly noticed as the staff turned off the lights, fell asleep behind the bar, and night turned to dawn.

Advertisement by Gombeen™
Posted by wire: 12:24 pm No comments:

"'We are dealing with a monster. It is absolutely massive. The first time I saw it I thought to myself `What the hell is that?'
'I have seen its prints and they are huge, bigger than a deer. It is a brute of a thing.'
Mr Smith added: 'We have two lads here with guns who are trying to shoot it, but it is clever. They never see it.' " (Skynews)

These are the same people who persecuted E.T.
Posted by wire: 10:11 am No comments:

Obituary in the Times

“I must have been extraordinarily happy walking that lane to school. There are many such lanes all around where I live and in certain rare moments over the years while walking in these lanes I have come into an extraordinary sense of security, a deep peace, in which I feel that I can live for ever.” (McGahern about walks to school with his mother)

I idolised John McGahern in a way that would surely have horrified him. He was dreadfully shy. I'm not going to tell you what a fan I was over him, thirty very odd years ago -it's too embarrassing. I think I've read nearly everything he wrote, except "Memoir", which I heard him read on Radio 4's Book at Bedtime.

I was lucky enough to see and hear him at the Small Wonder short story festival last September, which I wrote about here. He was amusing and generous with his readings and the question and answer session. He asked the audience what they wanted to hear and they opted for a scene from Memoir, which he retold without appearing to read from the book. It was about an occasion when his father had him by one ear to drag him to a football match, and a priest had him by the other ear insisting that he come to Sunday school, and it was outlandishly funny.

His prose is the most meticulously self-effacing of any writer I've read. Just one little example, he would write "small coloured lights" where a lesser author would write "fairy lights" or "christmas lights". That example is from "That they may face the rising sun" (renamed "By the Lake" for the US). The Times obituary calls it a book "in which nothing happens". Funny, because everything in life and death happens in it, but that's nothing apparently.

As well as the usual mini-cab cards, pizza menus, flyers from builders and offers by east European domestics, lately the letterbox at Herald House is littered with demented religious calling cards. And it looks like there's a new show on at the old comedy theatre on the corner of Church Road.

Targeting the wrong Antichrist due to faulty intelligence? Lo, your problems are over. "Exposing The Dangerous End Time Errors About The Antichrist And The Secret Rapture"

Male problems? No worries, you're in good company. "Behold I come quickly," saith the Lord.