The Willesden Herald New Short Stories Story of the Month

“The ancient hinged mirror reflected back three Frans, each one streaked. Beyond her, the walls of her bedroom were a faded peach, her teenage posters removed long ago, but in the lamp’s glow, the walls appeared duskier than usual and Fran also looked muted, almost satiny, despite the rash.” 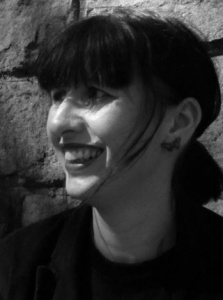 Recent short stories have been placed in several competitions, and appeared in a variety of publications, including Dark Lane’s 6th and 7th anthologies and Neon.  A fourth novel, ‘We Wait’, is due out from Eyrie Press in 2019. (www.megantaylor.info)

"Rash" is also available in Willesden Herald: New Short Stories 8 together with stories by nine other outstanding writers.
Posted by wire: 2:16 pm

Email ThisBlogThis!Share to TwitterShare to FacebookShare to Pinterest
Labels: fiction, story of the month