You know what we're going to say

"MPs voted by 288 to 278 to back a key Lords amendment to the Racial and Religious Hatred Bill."

"In this inquisition of a bill, religion will become a minefield, a no-go area in the world of ideas. Before you speak or write, ask yourself not only if you intend to abuse and insult, but if you are 'reckless' about any insult that may unwittingly be caused to someone somewhere?"

Oh. The Herald thought it was a bill to make hatred of Religion compulsory, which sounded reasonable enough. Children should be taught that religion is a stupefying narcotic and a cancer of the intellect. They should be protected from indoctrination by its witch doctors. Right, vote against the bill then.

Preachers are allowed, encouraged, even subsidised by the state to brainwash children with irrational, archaic, erroneous and divisive nonsense, in all of its virulently incompatible varieties. From animists to zoroastrians, the robed and peremptory organisations that brought you superstition, burnings, stonings and mutilation are now to be immune from ridicule and contemptuous comment - all they deserve. People of reason are to be subjected to imprisonment for telling the truth, that religion is crap, that their gods have no clothes.

Steady on now lads. Can you just run this past our lawyer first, please! Cut this out for the time being till old Mr Scrotum has a look at it, would you. Or we'll all be "coming down with long faces, sixes and sevens" as the fella in the cells awaiting his hearing before Lord Justice Bung-Wallah said. The thought of having to share a cell with that geezer Rushdie makes Room 101 sound like Butlins.

This article is not endorsed by George Bush, Osama Bin Laden or Joseph Kony. (Feargal)

Update: But it may be endorsed by the Rev. Ian Paisley. (Ossian)

So much to ignore, so little time

"We are now accepting submissions for New Writing 15. Writers from, or resident in, the UK and the Commonwealth are encouraged to submit short stories, poetry, literary essays, memoirs, biography and fiction. This could be an extract from a work in progress. Writers who are not from, or residents in, the UK and the Commonwealth are not eligible to apply. The deadline for submissions for New Writing 15 is 30 April 2006. (Details)"

If you're prepared to lock your work in their cellar for two years...

The lying, warmongering twister should be propelled from the Labour party with a hefty boot to his Bush-buggered arse. He's more or less admitted he's a Tory, so why suffer any interference from him with the school system before he's trashed? Let Tories implement Tory policies, if they think they can get elected.

Every school should have a catchment area that determines its intake, completely, period. Your children should mix with the rest of the children in your neighbourhood, no matter how big a snob or moneygrabber you are. Leadership is what's needed, not spineless servility to conniving, self-serving liars trying to break the ladder of opportunity they themselves climbed. 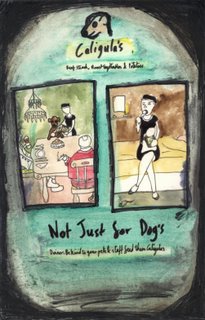 Most of the visitors to this site come from Google images and other image search sites. The most popular items are those with the pictures named exactly after what the searchers are looking for. For example:

Swimmer in the sea (no. 1 and 2 simultaneously, like The Beatles)

Beanstalk (5th in the world)

They are watching (9th)

There are many more. Until recently, we used to be in the top list for Batmobile but somebody must have corrected that, maybe after complaints from irate users. Pictures that are not displayed, only linked, seem to score far higher. That will be because Google thinks users have found what they were looking for when they go off to follow the link. Hah, gotcha. That's probably why Batmobile has slipped down the charts, since it was displayed recently after only being a link for a long time. [What are you on about, Simon?Ed]

Apart from images we get a lot of people looking for massage parlours in Willesden, Cricklewood, and as far a(non)field as Colindale. There used to be a lot of searchers for Munchkins Syndrome by Proxy, which is something a lot of people have heard about, but again some officious person must have submitted a correction.

I have been asked to remind visitors that all the images are copyright, and to contact Mr O'Neill in Marketing for our pricelist.

"The country's most senior police chief has apologised for saying he did not understand why the Soham murders became 'the biggest story in Britain'." (Skynews)

Idiots will always be with us, but do we have to put them in charge of government and policing?
Posted by wire: 9:07 am No comments:

Stand by for writ

Paramount, kindly accompany us to the cleaners.
Posted by wire: 12:39 am 1 comment:

What Billy Joel forgot to mention

We did start the fire

"Did anyone ever discuss how we obliterated
Dresden, for no strategic reason, or caused
more civilian death and devastation there and
in the fire bombing of Tokyo than with
the atom bombs we dropped?
Why didn’t I know that General Electric
got off with a fine and hand slaps
for colluding with the Nazis or that IBM set up
the Nazi’s record keeping or that we refused
to bomb the railroad tracks that carried the
freight cars full of Jews to their destination?
Can we guess why our bombs never touched
the Krupp arms factory?"

Jazz and the poet

When I Met You

"A new CD of songs arranged and performed by Elya Finn with lyrics by poet Michael Rothenberg." You can listen to generous excerpts online, till you're driven mad to find out the second half of each song. 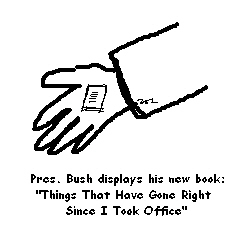 Unusually, no revisions were needed for the new edition.

The old pond. A woman jumps in. Buy her.

Women for sale on eBay

"...searching for ['Japanese Women Poets'] on Google, I got the following, listed alongside the results:

There's a young whale lost in the Thames. Remember, you heard it here last. More
Posted by wire: 7:35 pm No comments:

Torture flights: what No 10 knew and tried to cover up

You torture our detainees and we'll torture yours. And nobody will be any the wiser. Brought to you by Fathers for Injustice.
Posted by wire: 10:53 am 16 comments: 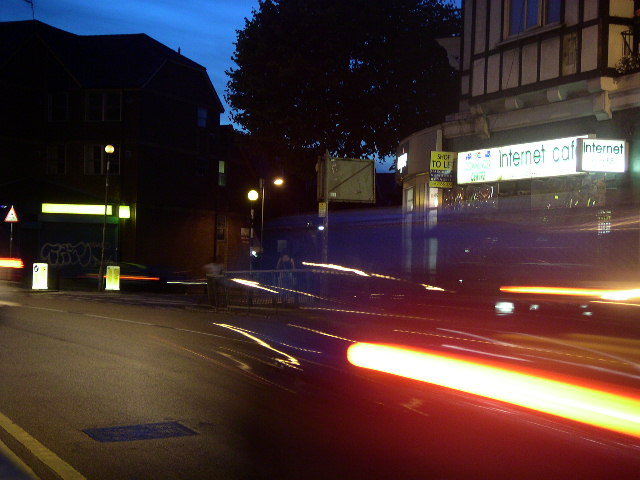 Herald science consultant, Prof. Kronk, estimates that the car in this picture must have been travelling at between 245 and 250 miles per hour.
Posted by wire: 4:46 pm No comments:

Earliest with the latest since 1884

British History Online: "...The Case is Altered in High Road and Rising Sun in Harlesden Lane had been added to the Spotted Dog by 1890..."

The Case is Altered, around the corner from Willesden Magistrates Court ("The worst in the country" - legal sources) is altered itself. Gone is the inn sign depicting a judge behind bars. It's now Ned Kelly's.

By contrast, The Willesden Herald has provided news under the same moniker since since c. 1884.
Posted by wire: 11:47 am No comments:

Email ThisBlogThis!Share to TwitterShare to FacebookShare to Pinterest
Labels: The Spotted Dog

It's that time of year again, coming up to February 14th, when we think of those we want to massacre or who want to massacre us, so let us have your dedications. Be sure and use those cute acronyms, UNPROFOR (U Needed Protection, Ran Off, Find Other Rescuers) etc. Is there someone you'd like to massacre, a special tribe or nationality? Are there invaders who would like to massacre everyone you know? Don't be shy, tell the world. You never need to feel left out with the Willesden Herald.

Vanessa Gebbie: Journalist, short story writer, teacher of Creative Writing at a drugs rehab, her fiction's been published in print and on the web. She is founder and editor of Tom's Voice Magazine. www.tomsvoicemagazine.com

Mikey Delgado is a some-time writer and a part-time tiler. He hopes to soon be in the position to give up writing and to go tiling full-time. He posts at www.mikeyfatboydelgado.blogspot.com
Posted by wire: 2:56 pm 4 comments:

The author of "Dodie's gift" cares about character. It is a beautiful piece about two people circling each other, wondering whether to make contact. The collision of kindness and malevolence that results is very well drawn. At the end of the story, when one party is damaged by the other, we find we have cared for her, and in such a short piece of work that is a real achievement.

"Secure" is a stylish, flinty piece of writing that makes the reader work and rewards the commitment. It is angry and passionate without ever sacrificing the precision of its pared-down, effective prose. Unlike many of the stories we read, it allows almost no space at all for cliche - and this marked it out from the first. It feels like the beginning of a longer piece of work and it should be.

Two very different stories stood out from the ten shortlisted and after some consideration it proved impossible to separate them. So we have a tie. The winning stories, and joint winners of the Willesden Short Story Prize 2006 are "Dodie's Gift" by Vanessa Gebbie and "Secure" by Mikey Delgado. Congratulations to the winners and many thanks to Zadie Smith for adjudicating from the shortlist.

Here is the complete shortlist in alphabetical order:

"Abe and his Girlfriend" by Jacqui Rowe
"Dodie's Gift" by Vanessa Gebbie (joint winner)
"In Summer" by Michael McCudden
"Sasquatch" by Tao Lin
"Sé" by Nuala Ní Chonchúir
"Secure" by Mikey Delgado (joint winner)
"Ta'waaf: Circling the Holy Ka'aba" by Bilal Ghafoor
"The Finding" by Valerie Trueblood
"The History of Imagining About Blue Horses" by Sean Brijbasi
"Who Would've Guessed?" by Raewyn Alexander

Thanks to all who entered. Every story was read carefully, some several times, and many were strong contenders for one of the ten places on the shortlist. Further details about the competition, the authors and the results will be posted when we have settled a little go slow by our chapel of the Typesetters Union.

Have Pen, Will Travel

This sort of bourgeois tomfoolery is of interest only to the chattering denturati.
Posted by wire: 5:08 pm No comments:

The jury is still out in the great Willesden short story trial.
Posted by wire: 4:35 pm 21 comments: