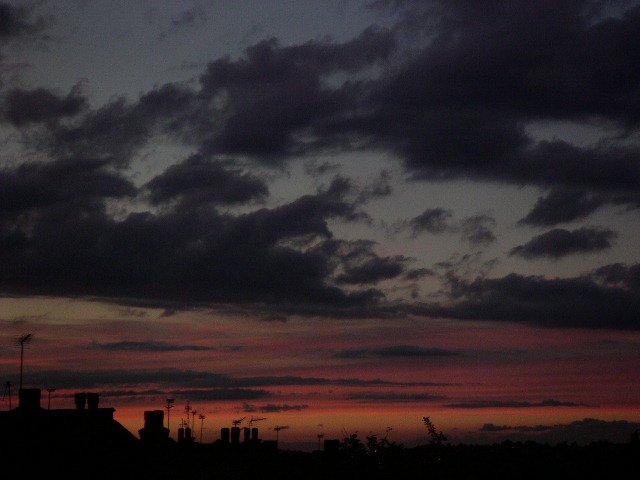 In the west there was a deep claret stripe in the clouds above a skylake of pure gold where the sun was setting. Later the northern horizon turned to orange, shading to peach and, just before dark, this.

Why is there no BBC Sport channel?

Scrap the popstarearningswatch BBC3, the BBC2-sapping BBC4 and replace both of them with BBC Sport. Please forward consultancy fees, total £60,000 a.s.a.p.

Dept. of the Blindingly Obvious

Both icon and iconoclast, Dylan once said, "The easiest way to do something is just don't ask anybody's opinion. I mean, if you really believe in what you're doing. I've asked people's opinion and it's been a great mistake ..." (Read) 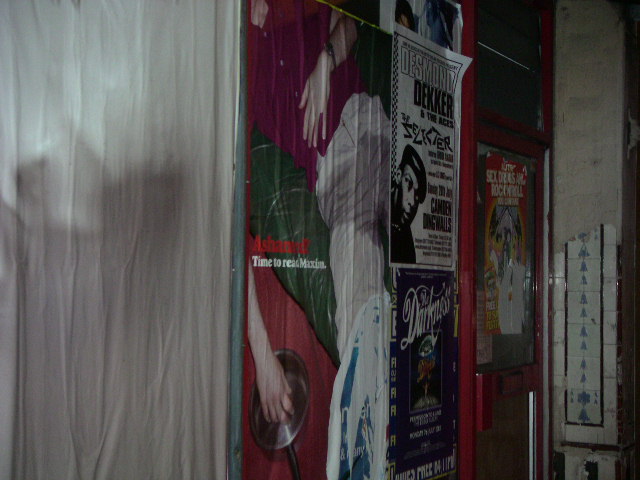 Support flyposters - they improve the scene

Why don't we have them for books as well, not just music? I don't know why councils like Westminster and others think that derelict shops and hoardings look better in unadorned squalor than they do bedecked with colourful and interesting posters. I would like to put some up around town for my book, The London Silence. Maybe "What is the London Silence?" would be apt, now that we no longer see "Who is Christian Goldman?" very much.

Nobody should be under any pressure to run a marathon, or to complete a marathon, no matter when or where, least of all in the heat of Athens. There should be no question of criticism for any runner who stops when he or she feels unable to continue. If there is, it's a sign that the essence of sport has been lost. Paula Radcliffe has nothing to prove, and she has not let anyone down. To hell with the armchair critics and cynics who couldn't get their arses into gear to save their lives.

Email ThisBlogThis!Share to TwitterShare to FacebookShare to Pinterest
Tories against human rights

"...shadow home secretary David Davies...said billions of pounds that could be spent on hospitals and schools were being wasted on compensation claims." (Read)
Posted by wire: 6:15 pm No comments:

Email ThisBlogThis!Share to TwitterShare to FacebookShare to Pinterest
Borat turns over stones

On Ali G's American TV show last night, he visited a place in Texas where they have wild animals for you to shoot. The walls of the office is bedecked with heads of animals including a giraffe. In the character of Borat, Ali G asked the owner what was "the most expensive" animal they had shot there. The answer, "Last year with shot a Pere David deer...which is extinct."

Later on the owner, prompted by "Borat", admitted that he'd like to offer Jews for shooting, but while it was okay with him, other people might object. It's amazing how non-existent people's resistance is to Sacha Baron Cohen's suggestions. Last week he had a barroom full of country and western afficionados singing along with a chorus of "Throw the jew down the well." (You can see it online here.)

In Newsnight Review from the Edinburgh Festival last Friday, Kirsty Wark described how somebody really believed in a production, because he had "invested a lot of his own fear in it."
Posted by wire: 12:52 pm No comments:

"Things I never knew about my father" by Hanif Kureishi

When my father was 50, I was 20 and left home. At 50, Father was still trying to create the life he imagined was ahead of him, if he got the words in the right order. I'd like to talk to him about it, and have often tried to write a story about a man who goes into a pub on his 50th birthday and runs into his father, who is also 50. The two would talk as equals for the first time, the son seeing the father as a man like him. The son would be gay, a theatrical producer, and the father going to meet a lover. I haven't been able to write a word of their dialogue I can, though, see them walking away from one another at the end." (Read)

Kureishi has since written the story described, including dialogue. It appeared in the New Yorker of March 8th this year and was called "Long Ago Yesterday." It begins:

One evening just after my fiftieth birthday, I pushed against the door of a pub not far from my childhood home. My father, on the way back from his office in London, was inside, standing at the bar. He didn’t recognize me, but I was delighted, almost ecstatic, to see the old man again, particularly as he’d been dead for ten years, and my mother for five.

“Good evening,” I said, standing next to him. “Nice to see you.”

All aboard the Daily Express

Somebody they ate disagreed with them

"Wedding guests have dined on a fellow guest who had been killed because he groped the bride's bottom.

Benjie Ganay was stabbed to death and then cooked by a disgruntled cousin and three relatives after he fell over and touched the cousin's daughter's behind - she had just got married.

He was thrown on a fire made up of coconut leaves and then served up to unsuspecting guests." (Seconds)
Posted by wire: 2:29 pm No comments:

The Guardian | Five suicide attempts a day at Holloway: "Officers at Holloway prison are cutting down five women a day from nooses, the Guardian has learned, and recently saved one inmate six times in a single night. "
Posted by wire: 1:02 am 1 comment:

Remember to drink eight glasses of water per day

Guardian Unlimited | Special reports | Stay calm everyone, there's Prozac in the drinking water: "It should make us happy, but environmentalists are deeply alarmed: Prozac, the anti-depression drug, is being taken in such large quantities that it can now be found in Britain's drinking water."
Posted by wire: 3:13 pm No comments:

Email ThisBlogThis!Share to TwitterShare to FacebookShare to Pinterest
Labels: science

Highway to Heaven discovered in Atlantis 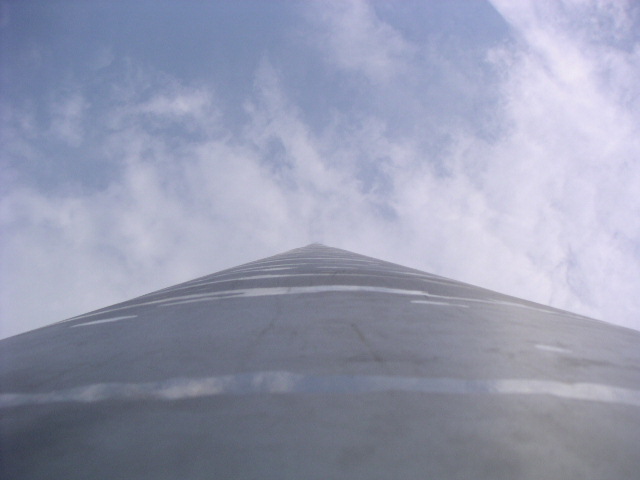 I was on assignment in Atlantis (as we must now call Ireland), covering the DeadDrunkDublin festival for the Herald, when I was approached by a woman in purple robes. She promised to show me something amazing, if I agreed to be taken to a secret location. I asked our cameraman, Onion Mbeke, to accompany us. We were blindfolded and driven for half an hour from Dublin airport. When the blindfolds were removed we saw the Highway to Heaven. Our guide refused to answer questions, but declared that she would address the world at a time of her choosing.

After the night before

Here is Terri Carrion, rightly described as "a brilliant, ironic and soulful poet from Miami" reading at the DeadDrunkDublin Festival.

That's the only photo I got. I was too busy with the Guinness and lounging. Oh yes, and scandalising the bourgeoisie with my stories.

More about the DeadDrunkDublin festival

If you click here and scroll to the bottom of the page, you can click another link to listen to an interview with poet Michael Rothenberg, on RTÉ "Rattlebag". In it he talks about the connections he sees between Joyce, Yeats and the Beats. He also reads one of his own poems.